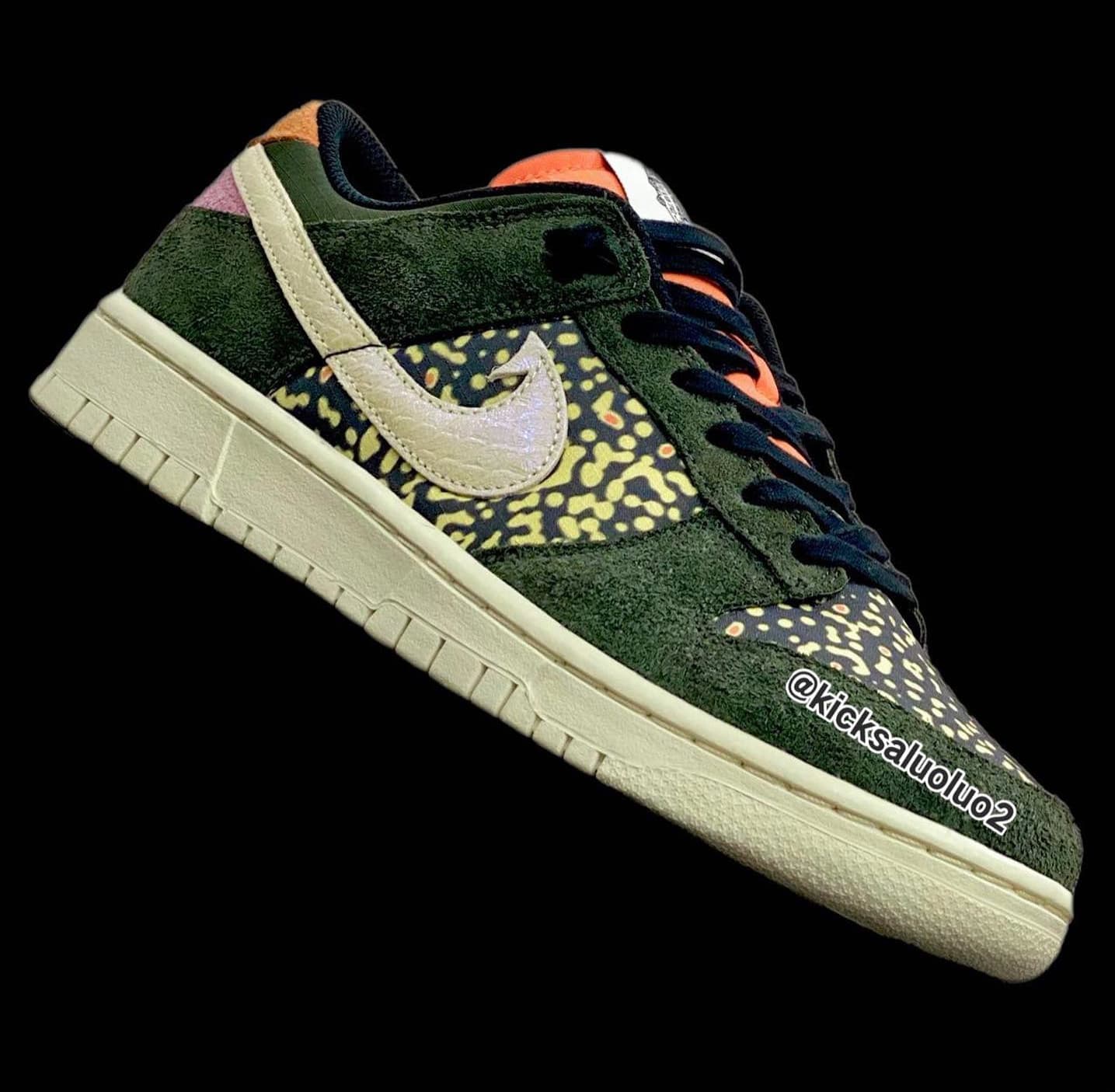 In addition to the various collegiate-inspired “Be True to Your School” styles that are regularly available at retailers, Nike has also been getting creative with its Dunk colorways. Case in point is this new Dunk Low that’s inspired by trouts.

Shown here is the forthcoming rainbow trout-inspired Nike Dunk Low courtesy of @kicksdong on Instagram. The shoe’s upper almost entirely mimics the body of the colorful fish, with green suede overlay panels and spots on the mid-panel and toe box. The style also comes with an orange tongue with a graphic of a fish on the tongue tag. Mixing things up is an iridescent Swoosh branding with an extra piece at the end that resembles a fishing hook, along with an off-white sole underneath.

Despite an early look from @kicksdong, release details for this rainbow trout-inspired Dunk Low have yet to be announced by the brand. We’ll keep you updated with official updates as they become available.