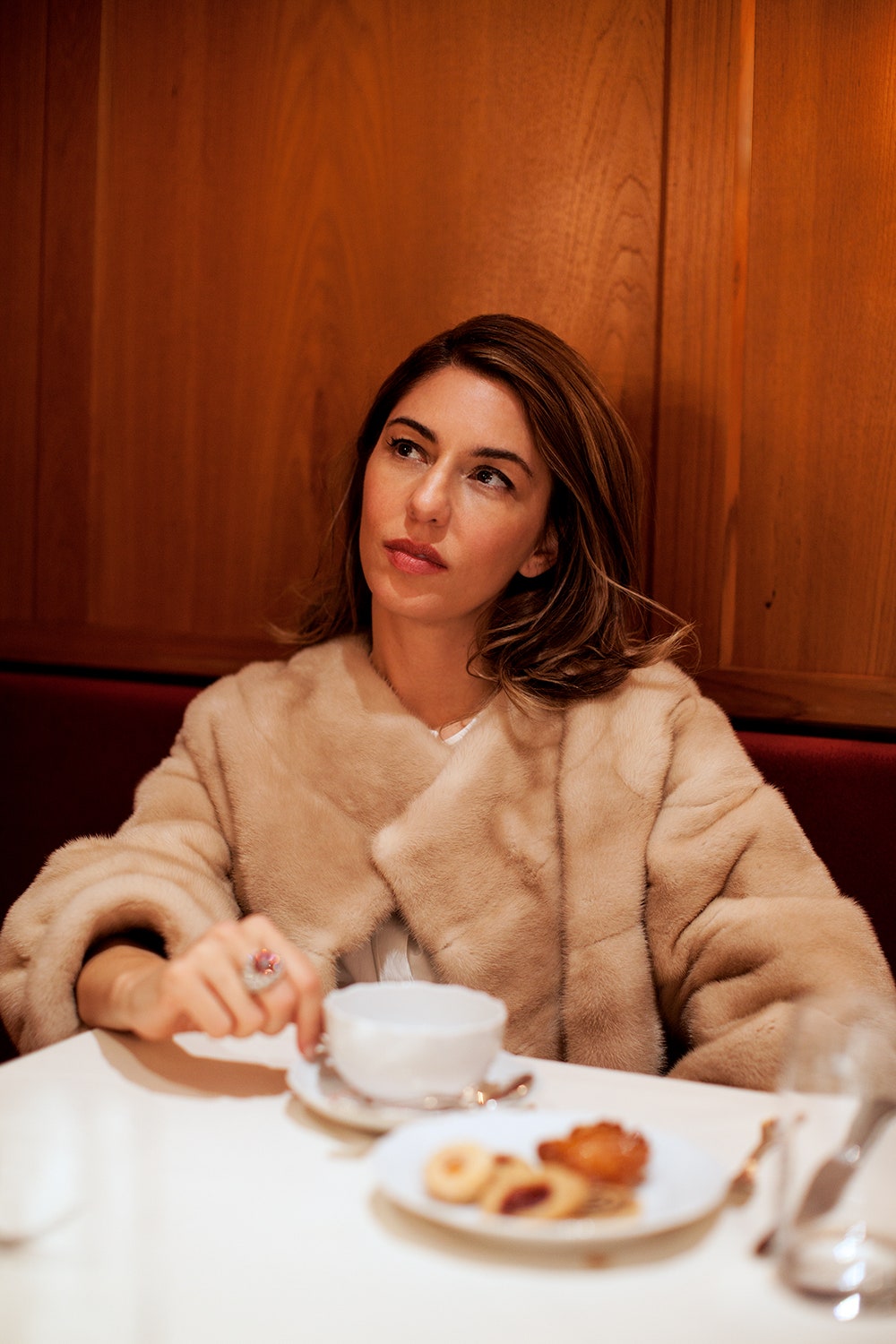 A treasured scene for me: a late-middle-aged Bill Murray, in Sofia Coppola’s Lost in Translation, showing up at Scarlett Johansson’s hotel room door in an inappropriately youthful orange camouflage T-shirt, only for Johansson to burst out laughing. Murray retreats to the bathroom, turns the shirt inside out. And into the Tokyo night they go, undaunted. What a vision of how clothing can both reveal and bolster the soul! Turn a shirt inside out and set yourself free.

Coppola has a new movie out this month, On the Rocks, that is a reunion with Murray — he plays a unreliable but charming father, clad in cozy rich guy suits; his daughter, played by Rashida Jones, is an uncertain writer and uncertain wife who wears vintage Beastie Boys tees and carries Strand totes. As always, the details are impeccable, immersive, ruthless in their precision and in what they reveal. They made me think of Murray, the earlier Murray, trying out identities in Lost in Translation, like a shirt might solve what nothing else could.

Lost in Translation was Coppola’s second feature, but by that time she’d already interned at Chanel, modeled for X-girl, and befriended a young Marc Jacobs. Even from an early age, Coppola understood style as a way of making sense of the world. As the daughter of two directors who brought her to the set of Apocalypse Now, she was taught from the very beginning that how the scene looks is inseparable from what it’s about.

As she grew up and began making movies herself, this would shape her way of thinking about the world: What are people wearing and why? What dreams are coded into their clothes? Her films are about the interior lives of teenage girls and lonely women; they are about freedom and being trapped, beauty and the cage. In Coppola’s work, self-presentation is both art and armor: It’s a way of setting the exact right distance between you and everyone else, a way of saying what you otherwise can’t or won’t say.

“A kind of uniform helps,” Coppola once said. Hers, over the years, has been remarkably consistent. On set, while directing, she favors men’s Charvet shirts, tailored to hang loose-ish and out of mind. Off set it’s the occasional blazer or tuxedo jacket, but mostly sweaters and jeans, as befits the California girl she once was. The message is: I am working, I am self-contained, I am in a world of my own making.

One more treasured scene, then, before we’re done: Kirsten Dunst in Marie Antoinette, as the desperately isolated and sad Queen of Versailles, going on a shopping spree set to “I Want Candy.” You see ravishing Manolo Blahnik shoes, fizzy Champagne, Ladurée pastries. The sequence ends with Dunst exquisitely dressed and elaborately styled, her hair a teetering, neck-taxing mountain above her. “It’s not too much, is it?” she asks.

Well, of course it is, and that’s the point. The world is a lot. What we wear is our first defense against it.

A version of this story originally appeared in the April 2020 issue with the title “The Formidable Style of Sofia Coppola.”