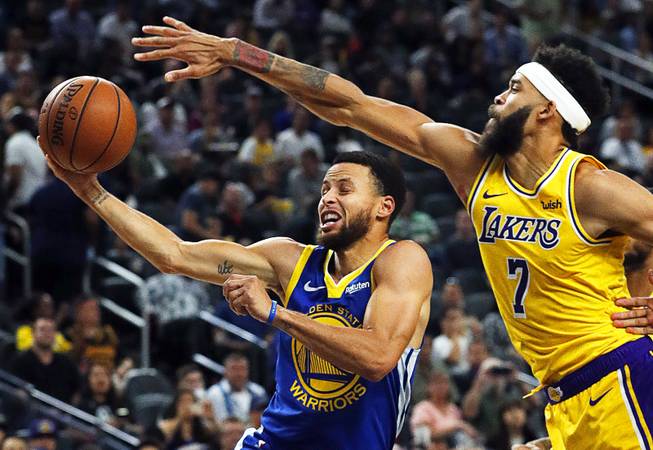 It’s reasonable to expect fewer points scored in tonight’s Game 2 of the NBA Finals. A seven-game series is a battle of adjustments, and both coaches have shown an ability to pull the right ones in the past.

Only problem is, the over/under of offers no great bargain. Game 1 closed at 213.5, and after the Raptors’ 118-109 win over the Warriors, it seemed likely that it would climb a few points.

Since it hasn’t, the total has become close to a pass as far as betting.

That’s because there’s better value on taking under on some of the props. And no player has a higher points-related prop than Curry, who just snuck over 38.5 points and assists in Game 1 by a half-point.

Toronto made him work for everyone, regularly roughing him up, and that wears on a player over the course of a series. Curry has traditionally been up and down in the playoffs, and finals, and it should continue here.

Toronto is not going to give him free reign at Scotiabank Arena. This might be the best way to gamble on a lower-scoring Game 2.