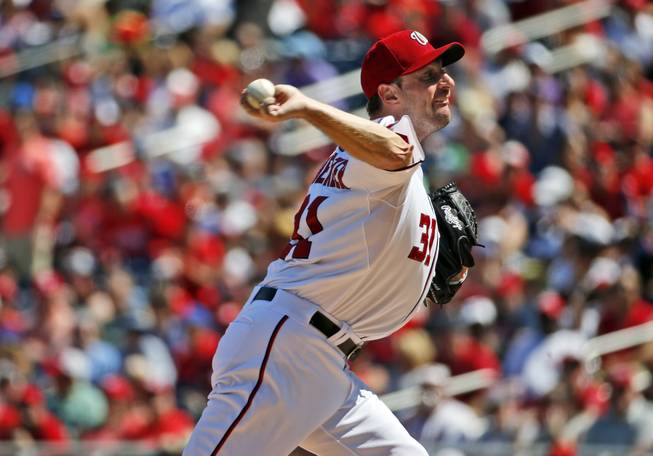 Washington Nationals minus-110 vs. Cincinnati Reds, $990 to win $900: Max Scherzer is one of the best pitchers in baseball. It’s time the Nationals start winning the games he starts.

Scherzer has just a 2-5 record this season, which isn’t a great indication of his quality. The Nationals have the worst bullpen in baseball, often losing games for him in the late innings. Also, he’s forced to pitch late into some games, because there isn’t a better option in relief.

Scherzer already has 102 strikeouts in 77 innings pitched — one of the best ratios in baseball. In a Sunday getaway game, there should be plenty of swings and misses by the Reds.

Most important, there is great value in Scherzer. It’s rare to get a friendly minus-110 price on such a quality pitcher.

For Nick Blair, finishing career at UNLV was easy an decision –