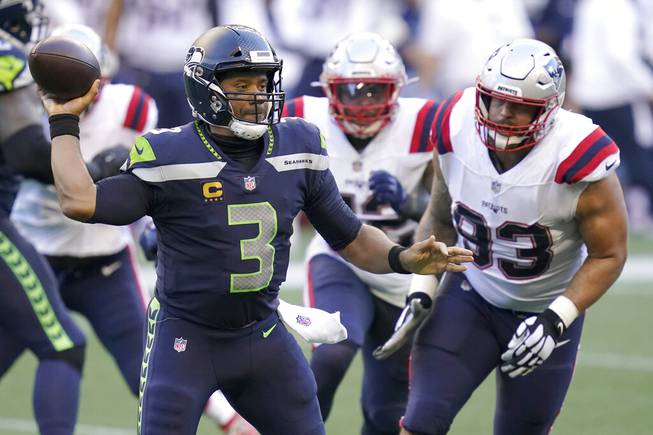 This is a tough week in the NFL.

The market adjusted quickly and was left less exploitable, leaving me with fewer plays than at any other point this season. It’s important not to force anything on slates like these, even if it means carry a smaller card into kickoff than normal.

All that being said, the Sunday Sweats will not slow. It took some digging, but I’ve still got plays for all five categories as well as another prop to run tomorrow morning.

Sports books must be tired of getting run over by traditional teasers because there aren’t many options available this week from a standard, Wong perspective. This one is close, though, and looks like a good consolation to me. I just don’t see the Titans losing to the Bengals in a matchup that looks great for them from practically every angle. Similarly, I can’t imagine Raiders at Browns not being close. It looks like a total toss-up, so getting more than a touchdown is juicy.

I’ve picked, if not bet against, Seattle almost every week this season and I’m even having a difficult time understanding the huge move against it this week. Russell Wilson alone should give the Seahawks better than a 58 percent chance to beat the 49ers, as this current money line implies. As for the Ravens, it’s almost like everyone has forgotten how far ahead of the rest of the NFL they were last year. Off of a bye week, they might be about to issue a reminder.

Yes, I typically try to pick something from the Sunday Night Football game here but does anyone really want to be involved in Cowboys at Eagles? Didn’t think, so I’ll go to Las Vegas at Cleveland for second prop (check Sunday’s gameday preview for the other). This feels like the week Jacobs breaks out. The Browns are mediocre against the run and the Raiders are getting their offensive line back intact. I’ve cashed a Jacobs prop in three of the last four Raiders’ game, so why stray from what’s becoming a niche speciality?

This category seemed like a great idea when all the coronavirus-postponed sports were happening, and before I ever thought about how it would look when they all ended. Oof. Now I’m left with a betting board of sports or leagues I’ve lost track of or never followed in the first place, like golf’s European Tour. I do know that Detry has been knocking on the door and seems closer to a breakthrough than MacIntyre, who’s younger and still at an earlier point in his career. One stroke back of the lead, maybe today is the day the Belgian Detry picks up his first European Tour win.