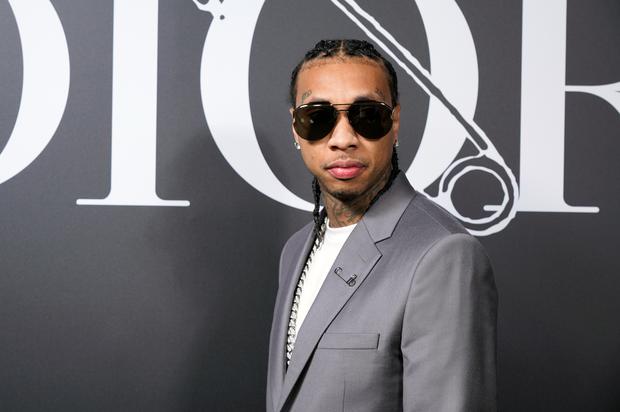 There were two shows that helped people really stay inside at the beginning of the pandemic: The Last Dance and Tiger King. The latter of which followed the tale of former zoo operator Joe Exotic who was convicted of two counts of murder-to-hire in a ploy to murder Carole Baskins. By now, the world is familiar with their stories, especially as prominent figures in hip-hop chimed in.

It only made sense that both Joe Exotic and Carole Baskins would inspire plenty of Halloween costumes. Evidently, that was the case. Kim Kardashian and her kids delivered an impressive take on the Tiger King stars. Larsa Pippen also took on the Carole Baskins attire for the occasion.

Of course, it only made sense that Tyga would also get in on the fun and it was only appropriate that he transformed into Tyga King for Halloween. The rapper took to Instagram yesterday teasing his outfit. He shared previous costumes including an incredibly creepy take on Ronald McDonald and Stanley Ipkiss from The Mask. Then he shared another photo, presumably of himself dressed as Spider-Man.

Tyga really went in on the Joe Exotic costume. The rapper had a stuffed tiger to accompany the blonde mullet, floral button-down, and his leg brace.

It’s nice to see people still getting into the festive spirit, despite the current climate of the world. Check out Tyga’s costume below and peep our round-up of our favorite costumes here.

Offset Calls Out Cardi B For Lying In Her Songs