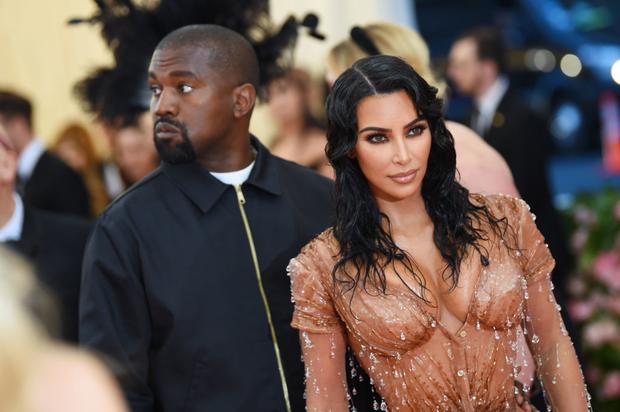 Kim Kardashian admits she’s overcoming her fear of spiders one step at a time.

In the days looming up to the election day,Kanye West wasn’t on the campaign trail but rather, spending time with his kids and his wife at home celebrating Halloween.

After transforming their home into a house of giant spiders, Kim Kardashian and Kanye West unveiled their matching fits, along with the entire fam. The West-Kardashian clan shared their matching costumes which found the power couple and their four children dressed in matching giant furry spider costumes. “Spiders,” Kim captioned the post. “Halloween 2020 #OvercomingMyFears.”

The Kardashian-West family go all in for Halloween. Just a day before revealing the family costumes, Kim and Kanye posed for flicks inside of the spider home in custom Balenciaga costumes. What were the costumes? Beats me.

Like all other celebrities, Kim had a few costumes in the cut that she revealed over the weekend. There was actually another family pic sans Kanye over the weekend where she and the kids dressed up in Tiger Kinginspired costumes. Kim dressed up as Carole Baskin and the kids dressed up as tigers while her best friend Jonathan Cheban held down Joe Exotic. Baskin described Kim’s costume as a “beautiful version” of herself.

From Trapping Mixtapes To The Hood News Man