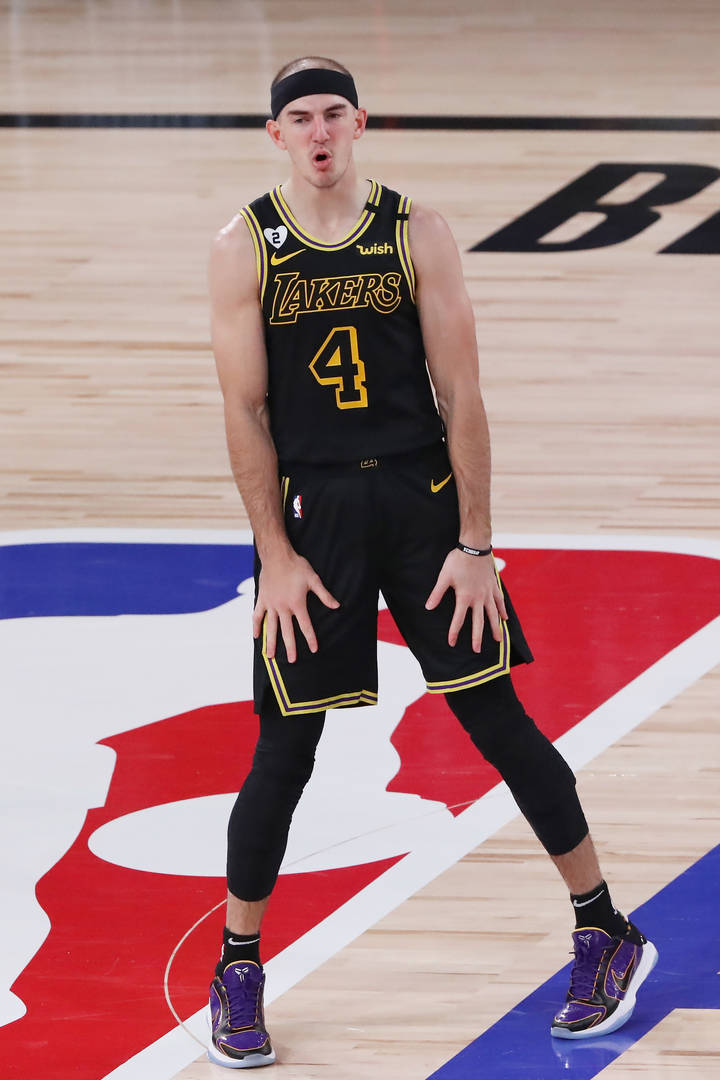 Alex Caruso found a way to keep himself motivated all throughout the postseason.

Alex Caruso may not have been a superstar on the Los Angeles Lakers although he was certainly someone who offered the team quite a bit of energy every single time he was out on the floor. He was one of the Lakers’ best and brightest role-players throughout the playoffs and moving forward, he is certainly someone they will want to keep on the roster, especially given his newly-crowned championship experience.

Recently, Caruso appeared on JJ Redick’s podcast called “The Old Man And The Three.” During the episode, Caruso spoke to Redick about his most recent title run and what exactly was helping him stay motivated throughout the entire process. As he explained, the point guard watched a lot of “The Last Dance” which is the infamous Michael Jordan documentary. In Caruso’s words, the documentary was much like a drug.

“It’s like a drug you can’t get enough of… I watched ‘The Last Dance’ documentary and every time they will celebrate a championship. You see the banner coming. You see the confetti coming up. I would get that adrenaline rush, I’d get that feeling and I was like, ‘Man I gotta feel that’. … Before the finals started I watched The Last Dance over again. Because I wanted to get that little bit of juice ’cause I wanted to have the dream again in my head. Even though we [Lakers] blew them [Heat] out in Game 6, until the clock hit zero, I really didn’t have that feeling.”

Clearly, this drug Caruso speaks of worked quite well for him as he was able to cruise to victory alongside his Lakers teammates. Perhaps he will continue to watch “The Last Dance” well into next season.