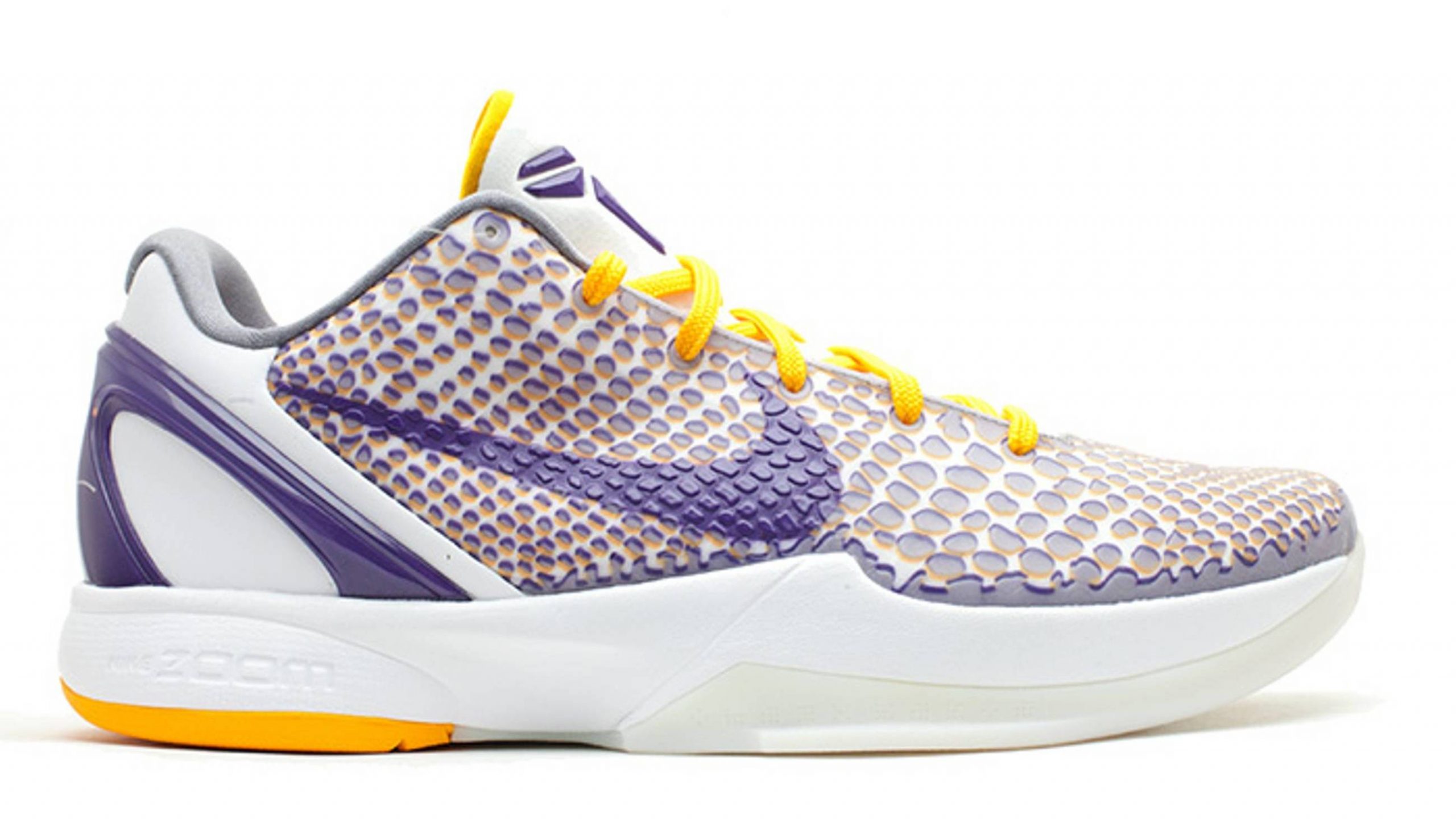 2021 is shaping up to be a big year for Kobe Bryant fans with new reports suggesting that another fan-favorite Nike Kobe 6 colorway could be returning to shelves next year.

According to Soleheatonfeet, the Kobe 6 Protro will be releasing in a “White/Del Sol/Club Purple” make up, which lines up with the classic “3D Lakers” colorway that initially dropped in 2010. The name of style references the lenticular effect created from the shoe’s scaly upper while purple and gold accents pay homage to the Los Angeles Lakers’ team colors.

Additional styles already rumored to be part of the Kobe 6 Protro lineup include the “Grinch,” “Chaos” and “Del Sol” iterations.

As of now, the “3D Lakers” Nike Kobe 6 Protro is scheduled to release sometime during Fall 2021. Stay tuned to Sole Collector for new developments in the months ahead.

The “Infrared” Air Max 90—or Is That Air Max 3?—Belongs in the Sneaker Hall of Fame