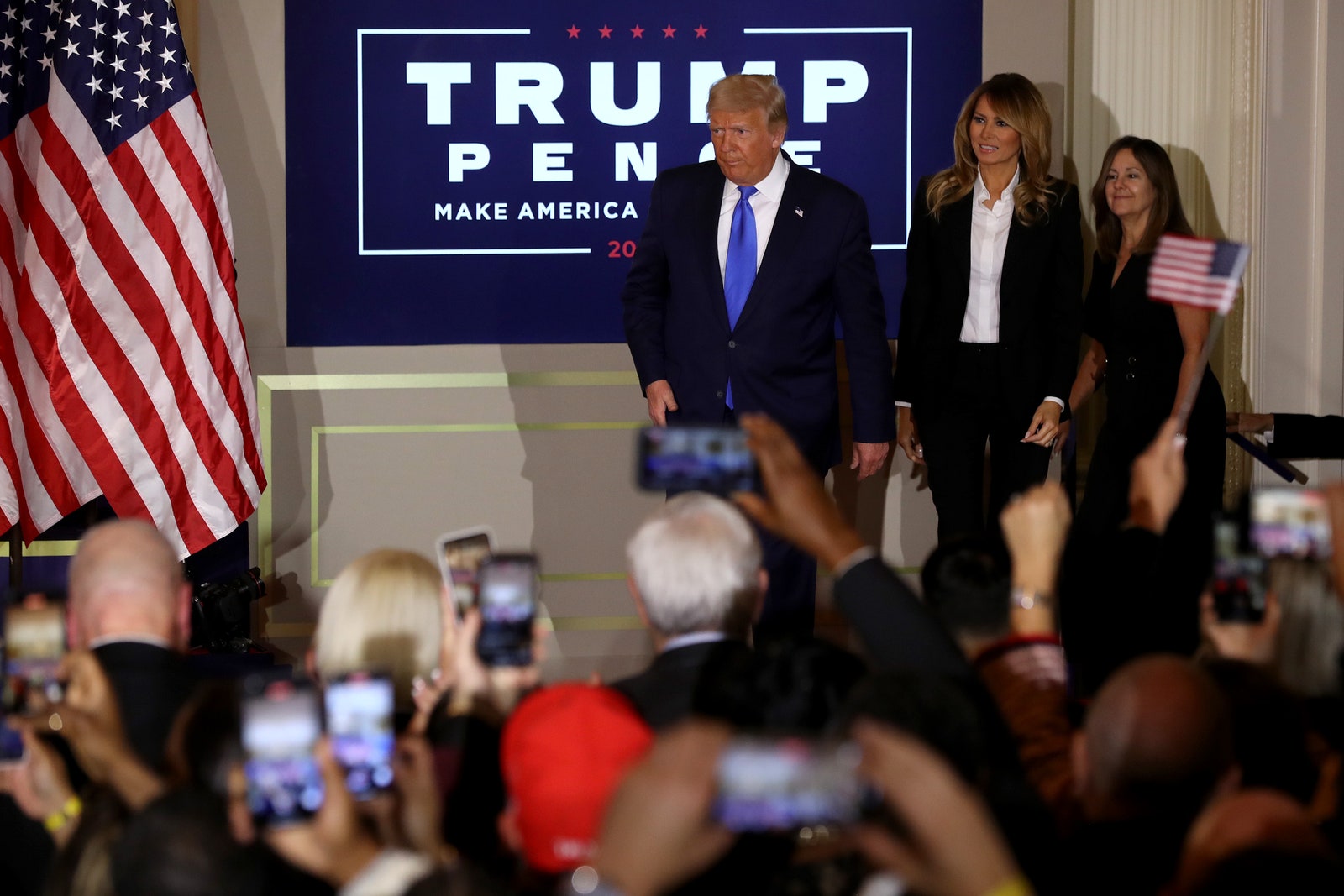 Notably, 2016 marked the first election where the candidates’ clothing and grooming was an acceptable topic of conversation since spritely John F. Kennedy debated a sweating Richard Nixon in the first televised debate in 1960. Four years ago, it was a sign of progress that we could celebrate a woman’s wardrobe, instead of ignoring it for fear of coming off as misogynist. But that line of coverage was as much a reflection of Trump’s own appearance-obsessed campaign and, ultimately, administration. It wasn’t simply that discussing wardrobe choices and hairstyles was now feminist fair game. Trump, more than any president in living memory, is obsessed with “the right look.”

That the Trump women so seamlessly adopted a potent symbol of the left underscores the right’s ability to retrofit would-be Democratic fashion symbols for their own purposes. Suffragist white was another motif Democrats fostered four years ago—and then Melania attended her husband’s 2016 victory party in a white pantsuit with a big ruffle spilling down the front. She’s continued to wear white to the State of the Union addresses, creating a kind of pas-de-deux with congresswomen who often do the same as a statement of female empowerment.

Ultimately, the flexibility of the pantsuit belies the relative emptiness of fashion gestures: the whole point of fashion is that those gestures can be bent or morphed however the designer or wearer chooses. A pantsuit is no more progressive than any article of clothing—until the person in it makes it so. And as far left as the fashion industry’s ranks tilt, in the political arena, no Democrat seems to understand the science of image-making quite like the Trumps. (It should haunt the left that they have no fashion symbol as potent as the MAGA hat—although in this light, representative Alexandria Ocasio-Cortez’s insistence on enjoying fashion and makeup seems less like girlboss liberalism and more like the deft strategy of a progressive who’s figured out how to play the game.) The major difference between the two parties when it comes to getting dressed might be that the right is not not sanctimonious about it. Yesterday, the pantsuit stood for feminism, progress, a better future, a society built by and shaped for women’s rights. Today? It can stand for the very opposite.