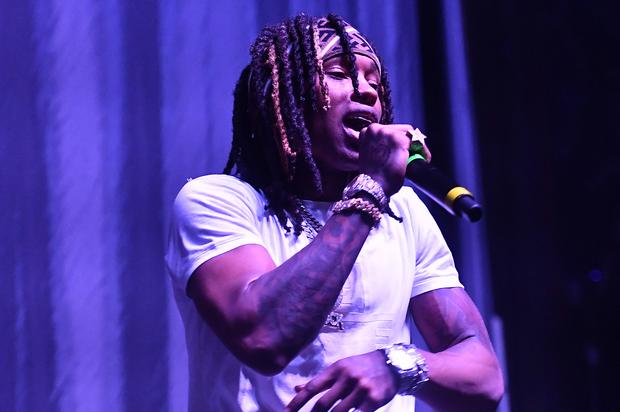 Atlanta Police have confirmed a suspect was charged with murder in connection with King Von’s death.

Yesterday morning, the hip-hop world was shocked to hear about the shooting of rising star King Von, in Atlanta. Original reports indicated that he was in critical condition although he later passed away from his injuries. Since his death, a plethora of tributes has been pouring in from those who loved him and appreciated his music the most.

In the meantime, the Atlanta Police Department has been conducting an investigation into the shooting, and now, arrests and charges have been made. According to the Atlanta Journal-Constitution, a 22-year-old by the name of Timothy Leeks was arrested and charged with murder following the issuing of warrants against him.

“Mr. Leeks is in police custody at Grady Hospital where he is undergoing treatment for a gunshot wound,” Atlanta police spokeswoman Marla Jean Rooker explained. “The homicide of Bennett is closed with this arrest.”

A video of Von’s shooting surfaced on the internet last night with many pointing to a man named T-Black, claiming he was the shooter. It has been rumored that Von’s crew was in a physical altercation with men who are affiliated with Quando Rondo, although this report has not been fully verified.

With this recent arrest, we are sure to receive more details about Von’s death soon. Stay tuned for any updates as we will be sure to bring those to you.