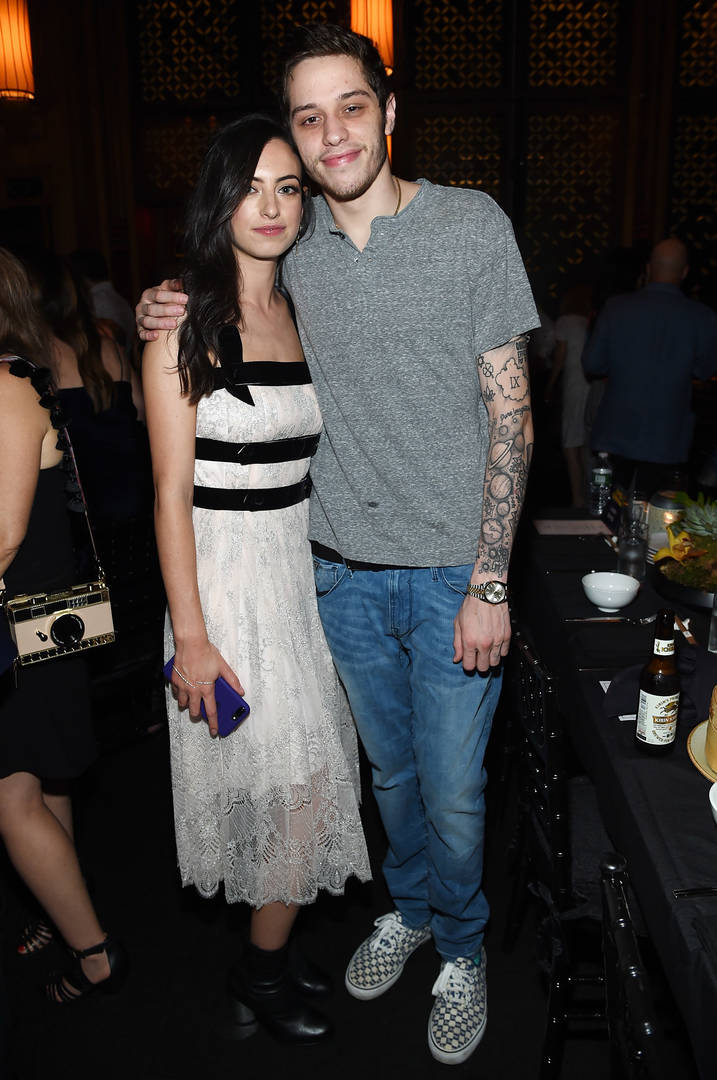 The day after Cazzie and Pete broke up, she learned he was in a relationship with the singer.

After dating for two and a half years, Cazzie David—daughter of Curb Your Enthusiasm legend Larry David—and Pete Davidson broke off their romance. The two seemed happy together and Davidson even sported a number of tattoos in Cazzie’s honor: a caricature of her, her favorite emoji on his neck, and her name inked on his ring finger. The pair seemed as if they were going to go the distance, but in her collection of essays, No One Asked For This, Cazzie details how she couldn’t quite get Davidson to believe that her love for him was real.

There were points in the relationship where Cazzie said she weighed the possibility of breaking up, but because Davidson had threatened to suicide or self-harm over “trivial circumstances” in the past, she was afraid. Cazzie wrote that she called Davidson to call things off but two days later phoned him again to tell him she’d thought it through and still wanted to be with him. He told her it was over, let her know he was happy, and the next day, news of his new relationship with Ariana Grande hit outlets.

Pete Davidson acted quickly in covering her tattoos and took to social media to show off his new ink. Cazzie said she “shook uncontrollably,” cried, and was “screaming in agony” as she descended into a sort of depressive state. Within weeks, Davidson and Ariana Grande were engaged. The singer’s fans ruthlessly trolled Cazzie online and sent her vicious messages.

“It was a really pivotal moment in my life,” said Cazzie. “And writing about it has caused me a ton of anxiety, especially because I talk so much about hating the attention it brought me. Why would I bring more attention to myself by writing about it? But there’s nothing that’s gonna be worse than what I already experienced with that.”

The world watched as Davidson and Grande ended their relationship five months after it began. The Saturday Night Live actor removed himself from social media and retreated to address his mental health issues. He and Cazzie are friends once again, and she revealed she let him read through her essays before releasing them.

Cazzie even acknowledges Davidson inside. “Pete. I love you … Your bravery inspires me and your friendship means the world to me.”

Pouya Grooves Out On “It’s Over” With Rocci