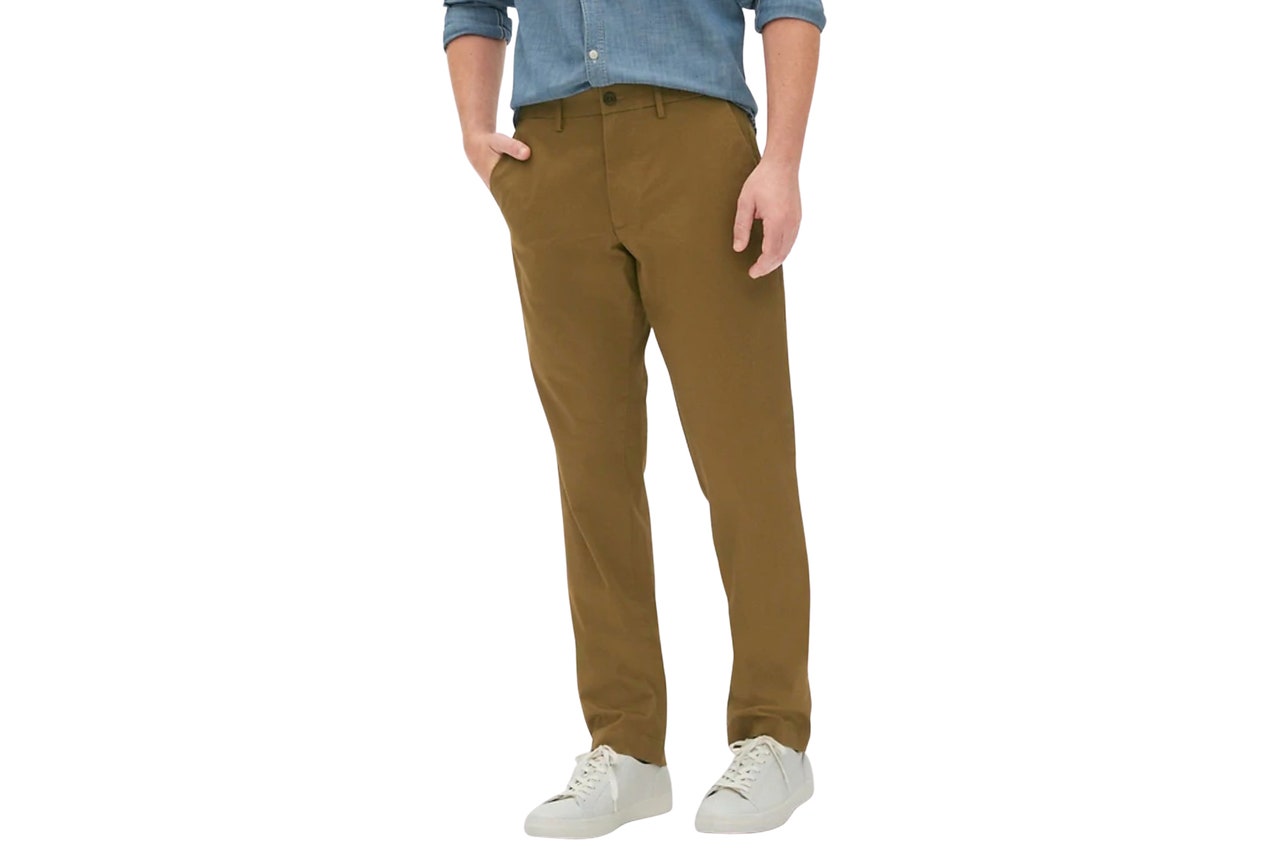 NBC News and MSNBC correspondent Steve Kornacki has officially ascended to that hallowed level of fame: style influencer. The Diet Coke-guzzling election analyst emerged as a star on election night, dispensing takes over a shockingly long period of time in what appeared to be the same khakis-and-tie outfit. A grateful nation watched with joy—and perhaps a little bit of pants envy. The Gap khakis he copped to owning multiple pairs of on-air Wednesday are now experiencing a surge in sales.

A Gap spokesperson told the Today show that Kornacki’s devotion to the pants led to a “dramatic increase in online traffic and within a day, we saw around 90% unit sale increase online.” The specific pair of pants are Gap’s modern khakis (either straight or slim fit) in Palomino brown, according to the Strategist.

Kornacki’s wardrobe choice is a win for the enduring appeal and comfort of khakis. I won’t speak for the nation, but what this viewer loves about Kornacki’s khakis is how boring they are, toeing the line between acceptable and frumy. In the midst of a radically polarized election that took several days to wrap up (and is still plagued by the president’s unfounded claims of fraud), Kornacki served as an even-keeled and energetic therapist for much of the country. He and his khakis emanated a seriousness and authority that was sorely missing from the rest of this process.

Kornacki’s anti-fashion statement helped him win over viewers. “I like this guy,” comedian Leslie Jones said in a video posted to Twitter. “This is how I like my reporters to look: disheveled and concerned. He ain’t got no jacket on, he don’t give a fuck about his tie. He got on—I don’t even know what kind of pants—I think they’re Gap. He don’t give a fuck, all he give a fuck about is: I’m finna tell you these numbers.” Jones’s jokes bely some incisive fashion commentary: In an era when we spend most waking moments reminding ourselves to unclench our jaws, it makes sense that we’d celebrate the most boring pants on the planet.