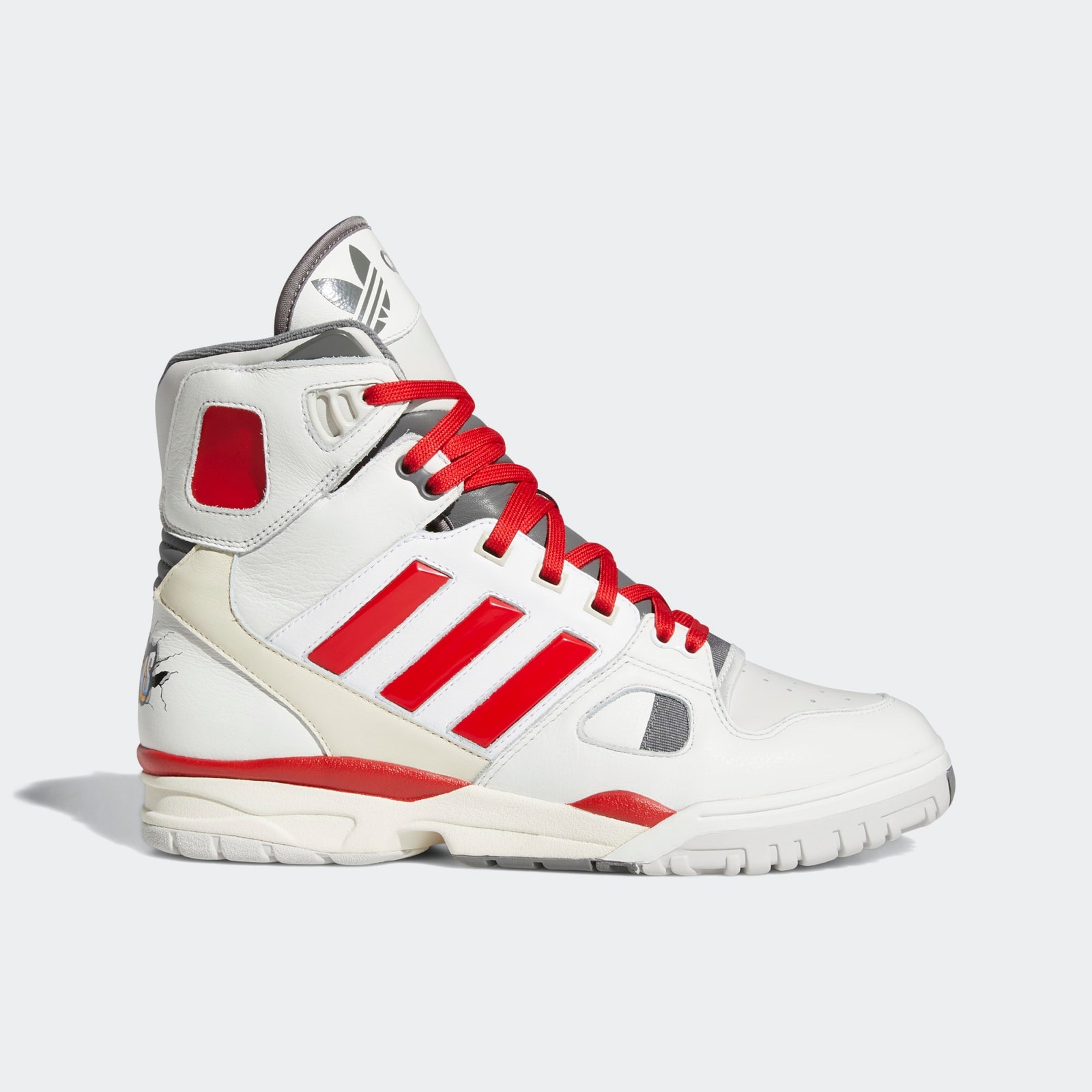 When Kid Cudi announced a partnership with Adidas back in March 2019, the possibilities seemed endless. An artist of his eclectic (and nerdy—remember the time he rented out a theater so he and his fans could watch Star Wars together?) nature had to have some gnarly stuff up his leather sleeves. Prior to the partnership being made official Cudi had worked with the brand’s Asterisk Collective, a group comprised of Pat Mahomes, H.E.R, Donovan Mitchell, Candace Parker, and Raury, to debut the adidas TRESC Run, but signing with the brand in an official capacity seemed to suggest weirder, wavier collabs—shoes that tapped into Cudi’s ethic of zigging where others so often zag were on the way.

But even “weirder and wavier” doesn’t quite capture the first official installment of Cudi’s collaboration with the Three Stripes: he’s putting out a retro of a long-retired old-school basketball sneaker, and releasing it to celebrate the home-video release of the third Bill & Ted movie. To coincide with the Blu-Ray and DVD release of Bill & Ted Face the Music, Cudi and adidas are teamed up to bring back the Torsion Artillery Hi, an OG hoops high-top (however high you’re thinking, go higher) that hasn’t been widely available in decades.

Part of adidas’ long-running Torsion line, the shoe debuted in 1991 and made waves when Grant Hill donned a pair on court during his time at Duke. (Joe Dumars of the Bad Boy Pistons was also known to lace them up, too.) Off-court, the Artillery Hi showed up in in Bill & Ted’s Bogus Journey, the second stonerific film in the series. The titular slackers, played by Alex Winter and Keanu Reeves, can be spotted rocking different colorways of the shoe throughout the 1991 movie. “When we made Bill & Ted’s Bogus Journey, Keanu and I had a little more input than we did on the first one and were involved in finding some signature looks for the guys,” Winter told GQ. They worked with costume designer Marie France on capturing the zeitgeist in a way that felt simultaneously exaggerated and authentic. “Big chunky high tops were very popular at that time so we landed on those Adidas,” Winter says.

The chunky high-top was a genuine cross-cultural craze: Slash from Guns N’ Roses remains one of the more notable Air Jordan 1 fans in rock and roll history while the late great Chuck Schuldiner of heavy metal legends Death could frequently be spotted in Air Forces. What else would San Dimas’s finest wear? With its abnormally high upper and massive floppy tongue (perfect for tucking outside of your jeans or cargo pants, as Bill and Ted do in the film), the Torsion Artillery Hi proved the perfect finishing touch on the boys’ outfits.

As the years passed, the Artillery Hi fell out of vogue and Bill and Ted laid dormant: the script for a third film was written in 2010, but languished in development hell for a decade. When they finally returned earlier this year in Bill & Ted Face the Music, they brought a new friend with them in Kid Cudi. And Cudi didn’t come alone: he brought the boys’ signature hi-tops with him, updated for 2020.