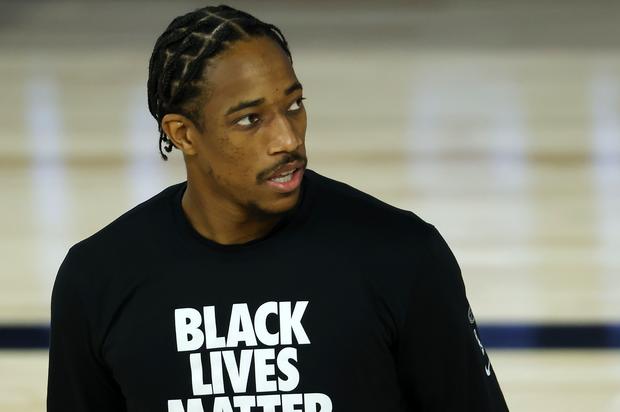 Spurs fans have been hoping for these to drop.

Every single year, NBA teams come through with alternate jerseys that always seem to rile up the fans, for better or for worse. These uniforms are typically called “City Edition” jerseys and they always pay homage to the local culture of the team. These jerseys can also act as throwback threads that honor the rich history of a given franchise. This year, it just so happens that the San Antonio Spurs are going back in the past while also celebrating the city’s culture, thanks to their brand new “Fiesta” jerseys.

Today, the Spurs took to Twitter where they unveiled their “Fiesta” jersey for the very first time. As you can see from the video below, the jersey features a black base, with blue, orange, and red stripes in the middle. “San Antonio” is then written on top of the stripes, leading to a nice aesthetic that will surely impress out on the court.

While most fan reactions to new jerseys are mixed, it seems as though the Spurs have knocked it out of the park with these. Fans immediately voiced their excitement on social media, with many supporters asking when they will be able to get their hands on an official jersey.

Check out the conversation surrounding the new Spurs uniform below, and let us know what you think of the jersey, in the comments section.