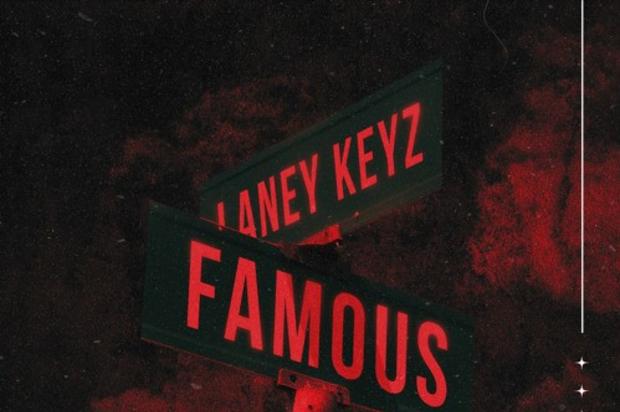 Days ago, reports surfaced that an attempt was made on West Coast rapper Laney Keyz’ life. In leaked surveillance footage, three gunmen were seen dumping shots into the rising rapper’s Los Angeles home, and thankfully, Laney Keyz survived the frightening ordeal without any physical injuries.

It turns out that the 23-year-old East Oakland artist has already spoken on the dangers of the West Coast on his single “Famous.” Released a week prior to the shooting at his home, the rising rapper laments about the struggles with his newfound fame as well as the deadly threats lurking in his hometown.

Over a melancholy trap beat, Laney Keyz peels back the layers of his origin story, sharing his fears, loyalties, and imperfections with listeners as he reveals that rather than getting famous, his ultimate goal is escaping his negative surroundings. In the song’s chorus, he bares his soul and admits that he has been yearning to go back home to the Bay, but he also understands that it’s safer for him in Los Angeles.

What are your thoughts on Laney Keyz’ latest single?

Kim Kardashian Shows Off Newest Member Of Her Family