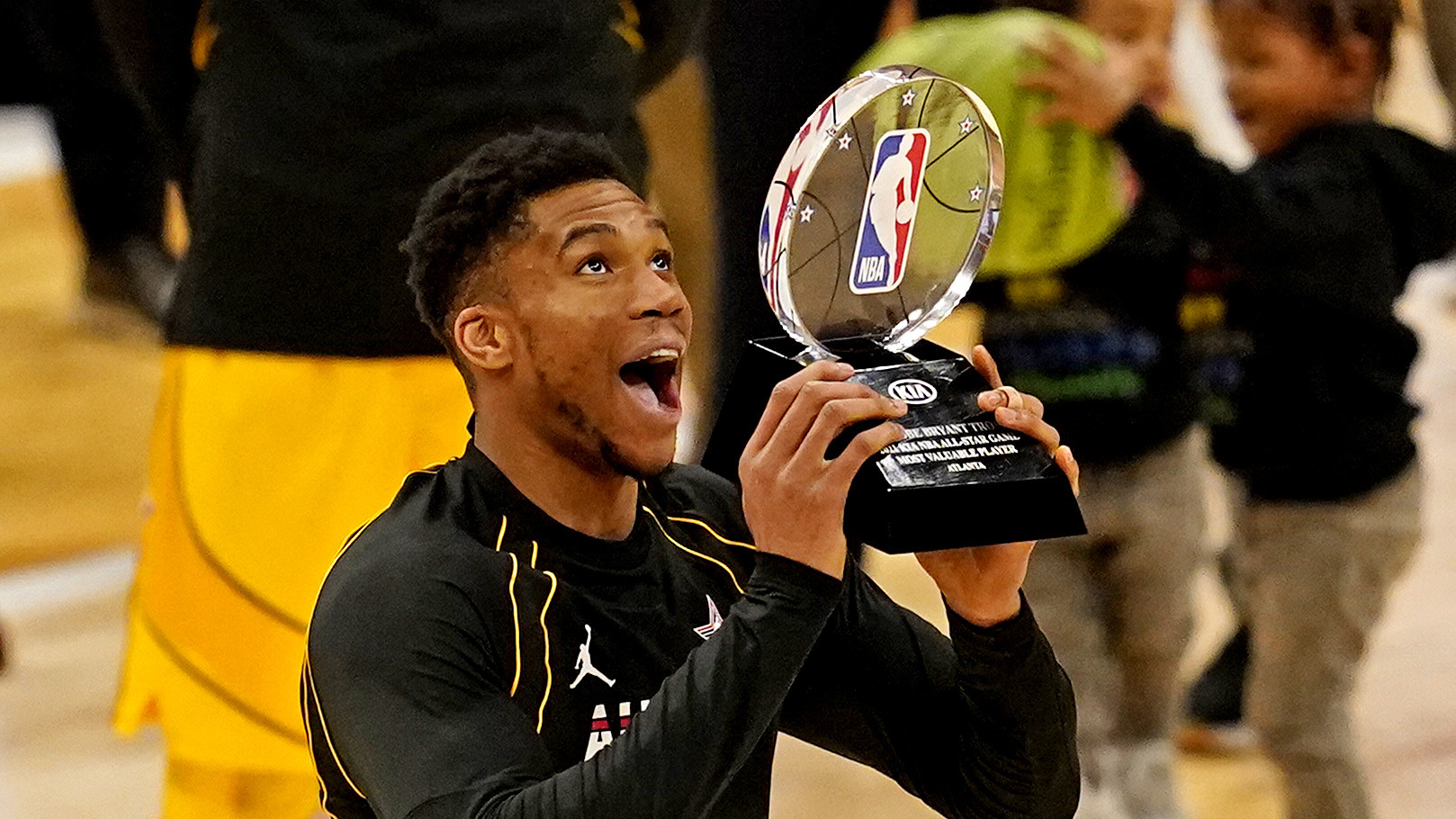 Though not under ideal circumstances, the NBA held this year’s All-Star Game in Atlanta tonight. The game was played between teams chosen by leading vote getters LeBron James and Kevin Durant, though the latter was out while he continues to recover from injury. Additionally, Philadelphia 76ers teammates Ben Simmons and Joel Embiid also missed the game after it was announced that they were both exposed to COVID-19 by way of a mutual barber earlier in the day. Still, those who were able to participate put on an entertaining exhibition that saw Team LeBron dominate all four quarters en route to a 170-150 victory. Giannis Antetokounmpo was named he game’s MVP after scoring 35 points on a perfect 16-16 performance from the field.

In terms of sneakers, this felt very much like a game sneaker companies weren’t full prepared for in terms of special colorways and themed releases. Nike, Jordan Brand, Adidas, New Balance and Under Armour all had representatives on the court, each wearing special make-ups of their signature models or Player Exclusive colorways of brand flagships. Antetokounmpo nabbed MVP honors in a mismatched version of his “Play for the Future” Nike Zoom Freak 2.

Read on for a look at Every Sneaker Worn in the 2021 NBA All-Star Game.