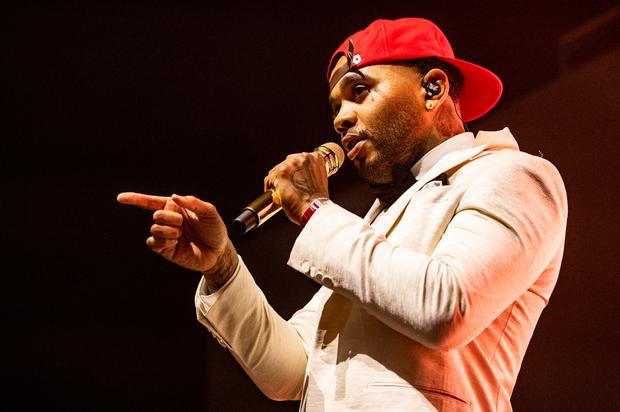 A photo taken of Kevin Gates and one of his fans at Saks Fifth Avenue has fans scracthing their head to the rapper’s peculiar choice of footwear.

Kevin Gates is one of the most consistent figures in Southern Hip-Hop. Six years following his hit singles like “Really Really” and “2 Phones,” the Baton Rouge rapper has still been keeping a firm grip on his musical output and pleasing fans with every release. Just last week, the Only The Generals Part II secured the number two position on YouTube’s Top US Artists Chart, right below fellow Louisiana artist NBA YoungBoy. Apart from his music, however, Kevin Gates is also known for his unique sense of style, and his latest fit is definitely turning heads.

In the photo posted by DJ Akademiks, Kevin Gates is spotted at Saks Fifth Ave with a fan, but his choice of footwear quickly steals the show. The pair of shoes would put Kanye West’s futuristic sneakers to shame, as the peculiar leather shoes tightly hug Gates’ feet and give him an alien aesthetic by cutting between his first and second toes.

Naturally, social media reacted to Kevin Gates’ eccentric shoes with an onslaught of roasts. Under Akademiks post alone, one user wrote, “Let’s not normalize wearing those” while another joked, “He got them master splinter 3000.” Of course, fans also took to Twitter to get their jokes off, with one saying “Kevin Gates is a menace to society for this.”

Kevin Gates has a history of going off on fans for mocking his appearance, so tread lightly with any Kevin Gates jokes let loose on social media.