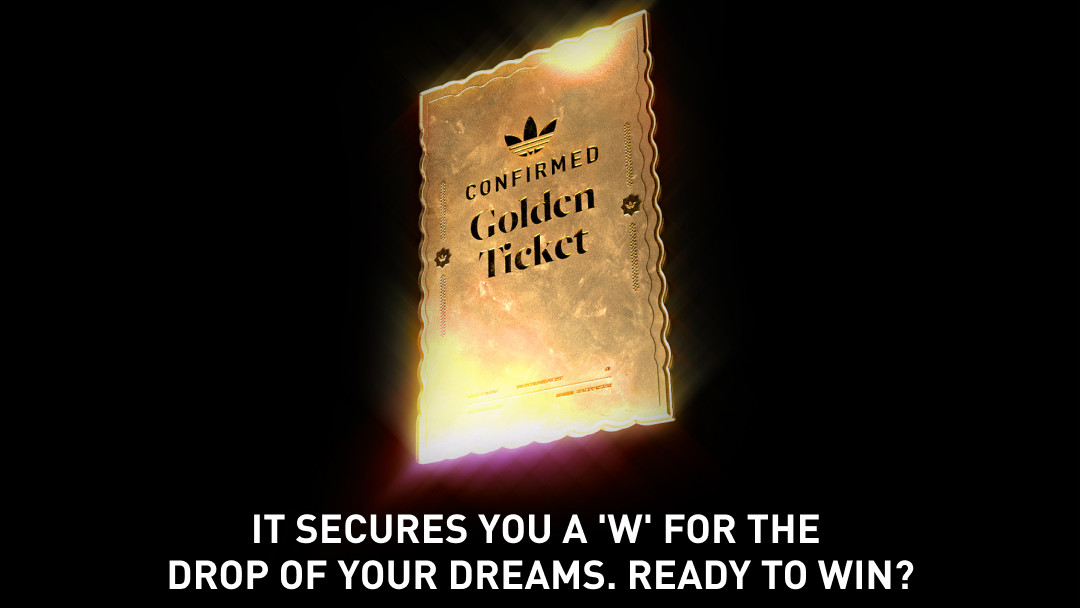 For the majority of sneaker fans reading this, it’s more than likely that you’ve come up empty-handed on a sneaker release during launch day, but Adidas is looking to change that soon for a few lucky fans.

Today, the Three Stripes shared the details behind its latest Golden Ticket activation, which allows members to secure some of the most coveted releases on the Confirmed app for an entire month. Users who sign up for a sneaker drawing on the app between tomorrow at 4 a.m. ET to March 20 at 3:30 a.m. ET are automatically entered to win an exclusive voucher. Selected users will be notified starting on March 20 via a push notification on the app as well as email. If chosen, Golden Ticket holders will automatically win any draw they enter on the app for the next thirty days.

To participate in Adidas’ latest Golden Ticket activation, readers can download the Confirmed app now on the App Store and Google Play Store.