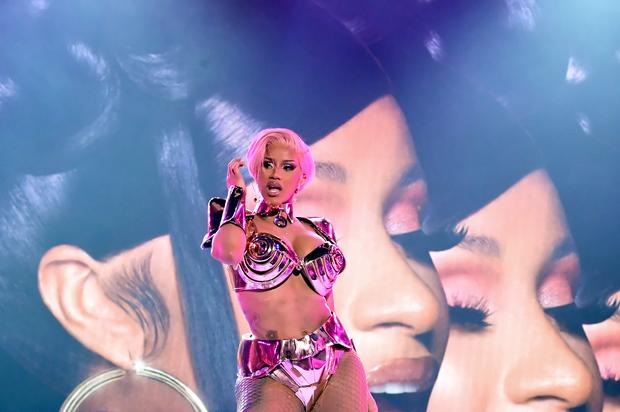 Cardi B Goes Off On Haters Diminishing Her Achievements

Cardi B delivers a 3-minute-plus rant targeting her haters.

Cardi B is known for going on Instagram and ranting about whatever is on her mind. And even as her fame increases seemingly by the day, she has yet to let us down when it comes to ranting. Yesterday, she did just that, posting a nearly-four minute video about how people lie about wanting women to succeed, when in actuality they don’t.

Cardi declared, “Y’all be claiming when females do good, that y’all be wanting females to strive and all of that, but that’s a lie you be hating.” She continued, “Y’all like to bring all these excuses for my success. I want to let y’all know this right now.”

Expanding on her success, Cardi felt the need to let her viewers know about her record-breaking amount of U.S. streams last week with her controversy-loving song “Up.”

Cardi has always been a focus point for haters ever since she’s made her debut as a rapper, and thus she’s always been on the defensive when it comes to the public acknowledging her achievements, instead of downplaying them. The “Bodak Yellow” rapper then went on to discuss different charts and read different articles about her success, to prove to those naysayers that she should be a celebrated artist. “The more hate ya’ll think, the harder I get. Stop hating,” she said.

“Y’all love saying now a days people’s music is only on Tik Tok. I’m glad Tik Tok came out because now yall love to make excuses for when people win, but Tik Tok goes to show you that general public actually fu*king like your song,” continued Cardi, touching on why she likes TikTok. “When you see a b*tch bussin it open on top of your car. When you see celebrities doing challenges and sh*t to your song, that means people are listening to your sh*t. That ain’t no bots, that ain’t no label, that’s people. That’s real sh*t stop hatin.”

What’ll Cardi rant about on Instagram next? Check out the full video below.

Lil Yachty Fires Back At Fan Shaming Him For Flying Commercial

IDK Gets A Face Diamond Implant