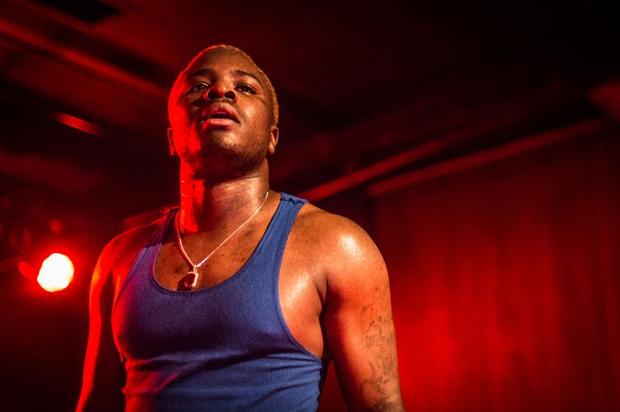 IDK Gets A Face Diamond Implant

The rapper took a page out of Lil Uzi Vert’s book while also sharing a new single.

When Lil Uzi Vert debuted the massive $24 million 10-carat pink diamond he had installed in the middle of his forehead last month, public response was a mix of shock, horror, and fascination. Albeit a dramatic commitment to flexing, there is something appealing about having such a prominent statement piece in such plain display. The latest rapper to participate in getting the unique face piercing is DMV native IDK.

The Maryland rapper debuted the new jewelry on his Instagram in a video shared yesterday (March 22). The footage shows the process as he got the small diamond implanted right above his cheekbone before then proving the stone’s purity via a diamond tester. “Bling Blow,” he captioned the post.

He also acknowledged folks aiming to call him a copycat in the post’s comment section, penning “Here before the Uzi did it first comments.”

On Twitter, he explained that a single flawless VVS diamond only set him back a single Benjamin bill. “1 flawless VVS Diamond on my face costs less than $100. I prefer investing in homes over diamonds,” he wrote, correcting people who assumed he had blown a fortune like Uzi on the piercing.

He also released a new single alongside debuting the new jewelry called “Just Like Martin,” a track where he cleverly creates a metaphor between his love for black luxury vehicles and Civil Rights Leader MLK. Check out “Just Like Martin” below and let us know what you think down in the comments. Also, let us know what you think about his new facial jewelry.

Cardi B Goes Off On Haters Diminishing Her Achievements

Coi Leray Twerks Upside-Down & Does The Splits On TikTok