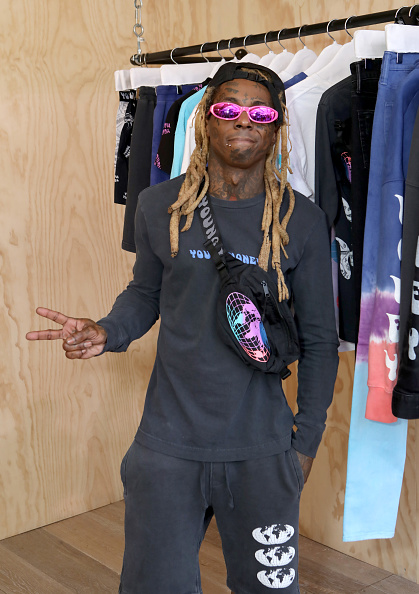 Lil Wayne has been smooth sailing since he was granted clemency by former POTUS Trump in his final days in office. He did recently, however, call out the Recording Academy for their failure to invite him to the Grammy Awards ceremony this year, tweeting out a simple “F*k the Grammys.” Aside from that, Weezy has been busy lending out guest hooks and working on an exciting upcoming Young Money compilation album. Next up on the label founder’s to-do-list is moving into a brand new LA mansion.

According to TMZ, the multi-platinum recording artist dropped $15.4 million on a mansion in the coveted Hidden Hills community in the Golden State. The neighborhood is known to house many high-profile starlets within its gates. Namely, much of the Kardashian-Jenner clan live within the borders of the community.

The 12,135 sq. ft compound is a brand new custom estate complete with 7 beds and. 7.5 baths. It also boasts a bright, open floor plan with a gorgeous panoramic view.

As for the interior, the mansion offers all the luxuries you would expect an A-lister to have within their humble abode. It includes a chef’s kitchen, a breakfast room, a refrigerated wine display, a piano area, a lounge, and a home theater.

Outside amenities include a pool, basketball court, multiple patios with seating, a guest house all spread across 3.26 acres.

With the new purchase, Wayne also becomes direct neighbors with billionaire socialite Kylie Jenner, who landed herself in hot water after asking fans to donate to a friend’s life-saving surgery.