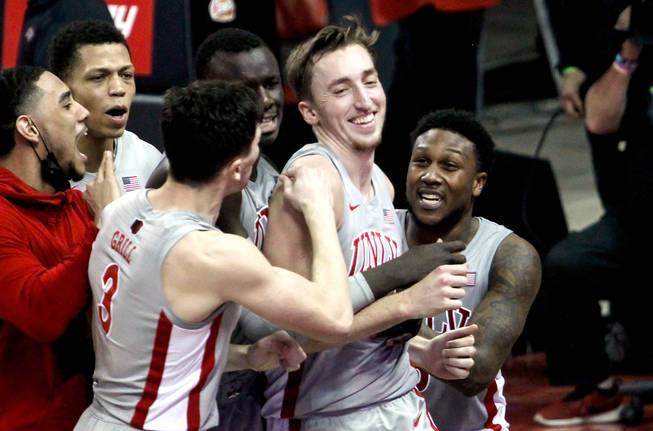 Moses Wood is 10th UNLV player in the transfer portal

The exodus from the UNLV basketball program reached double digits on Wednesday, as Moses Wood became the 10th player to enter the transfer portal.

Only three scholarship players from last year’s team are still on the roster.

Wood came to UNLV in the summer of 2019 as a transfer from Tulane. He was part of T.J. Otzelberger’s first recruiting class after taking the head coaching job, and though he had to sit out a redshirt year, Wood was still considered a good addition due to his size and shooting ability.

Wood scored in double figures eight times and acquitted himself on the defensive end through sheer hustle, finishing the season with 26 blocks, second only to Mbacke Diong’s 27.