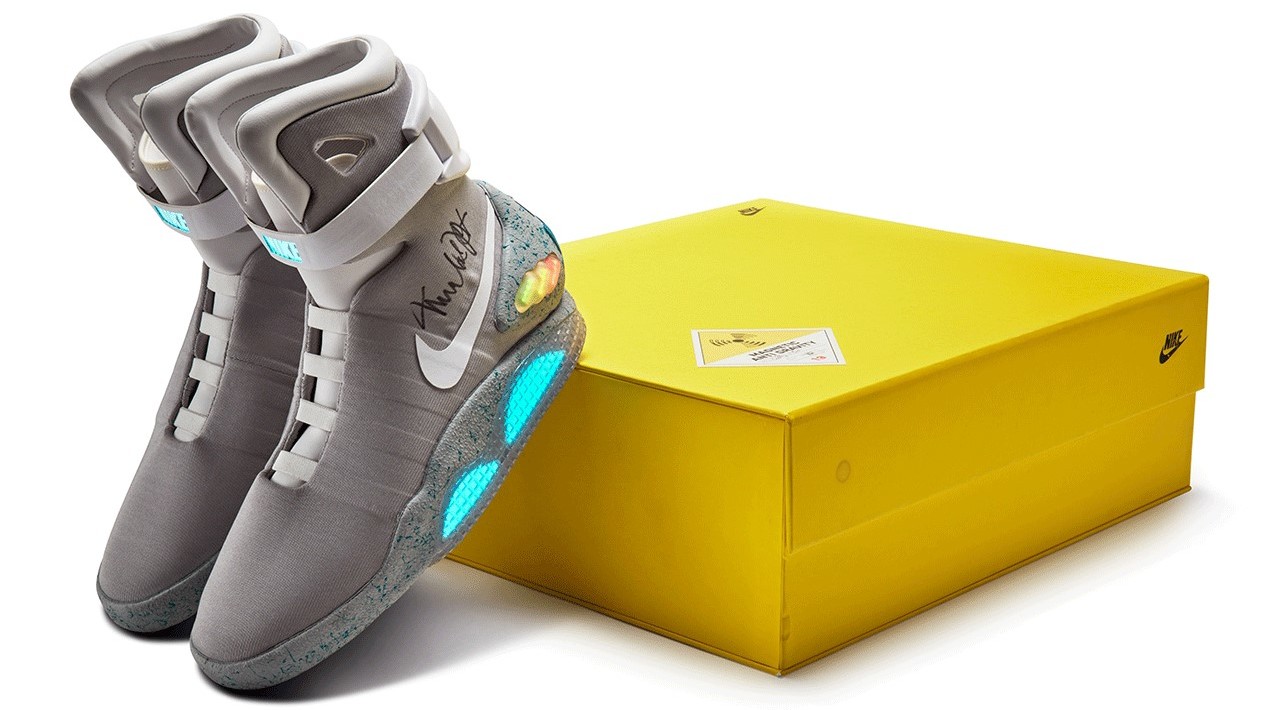 Finding a pair of Nike Mags is already a tall task, but getting a pair signed by Michael J. Fox himself takes the rarity of the shoe to another level.

This week, Sotheby’s is auctioning off a size 13 of the 2011 Nike Mag that’s signed by Fox as part of its “The Future is Back” lot. The Swoosh only released 1500 pairs of that version of the shoe via an auction with proceeds from the sales benefiting the Michael J. Fox Foundation for Parkinson’s Research. The shoe was originally created as a prop for the film Back to the Future Part II, when Fox’s character Marty McFly time-traveled to the year 2015 wearing the power-lacing Nike Mag.