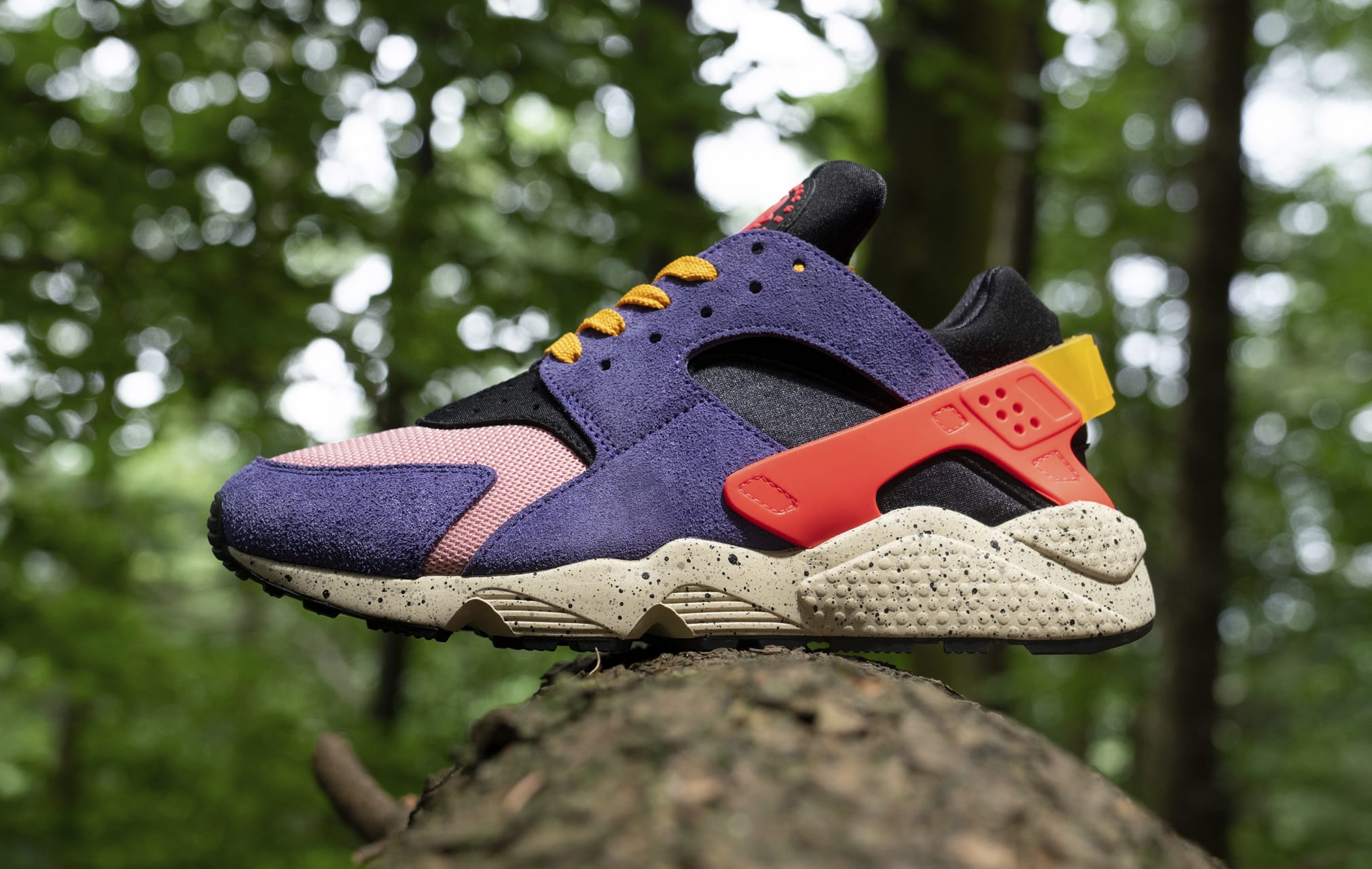 Nike is continuing to release new and original colorways of the Air Huarache for its 30th anniversary. Alongside OG colorways like the “Scream Green” and once-elusive Stussy collaboration re-releasing this year, expect European retailer and frequent Nike collaborator Size? to return with a new collab on the Tinker Hatfield designed sneakers.

The Size? x Nike Air Huarache is comprised of black neoprene, purple suede, and light pink mesh on the upper. Additional yellow laces and bright red hit on the heel tab make this colorway resemble the Nike ACG Air Terra from 1991. Lastly, these shoes are rounded out with a grey speckled midsole.

It is worth mentioning that this isn’t the first time Size? has used this colorway on their sneakers with the Swoosh. For the boutique’s 10th anniversary in 2010, they used it on the Nike Air Lunar 180.

The raffle for this exclusive pair is open now via the Size? app and it will release on Sept. 17 for £115.