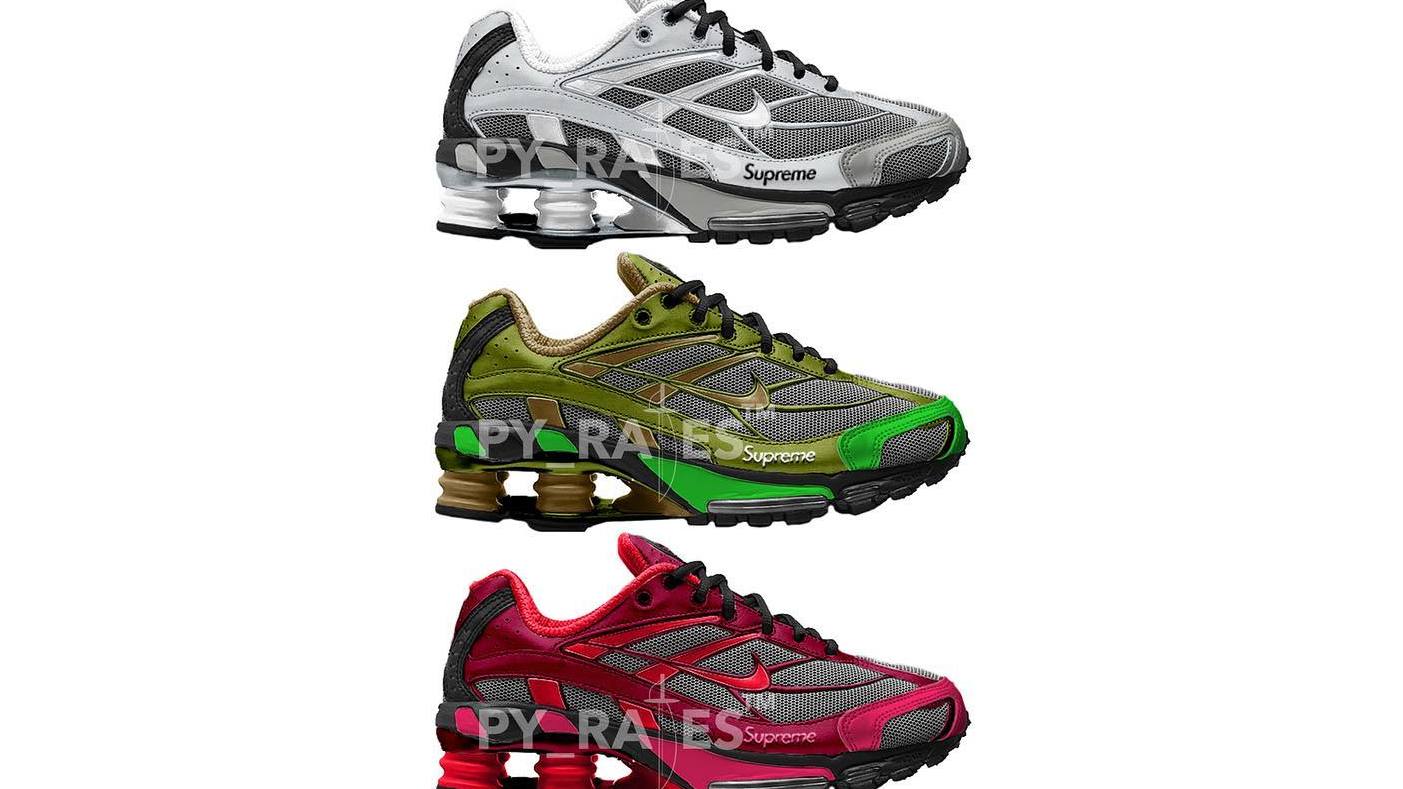 Supreme has reportedly selected another under-the-radar Nike silhouette for its upcoming collaboration.

According to Py_rates, three iterations of the Supreme x Nike Shox Ride 2 will hit shelves in Spring ‘22. While leaked images of the shoes have yet to surface, the sneaker leak account provided a mock-up depiction, showcasing the pairs in white, green, and red colorways. The Nike Shox Ride 2 debuted in the early 2000s and the shoe’s standout design is the innovative Shox cushioning system in the midsole. Supreme will also reportedly keep its version of the running shoe subtle as the mock-up show its logo appearing at the mudguard.

The trio of Supreme x Nike Shox Ride 2 styles is expected to release early next year for the streetwear brand’s Spring/Summer ‘22 season, but we’ll continue to follow the story for new developments in the coming months. The pairs are expected to retail for $190 each.