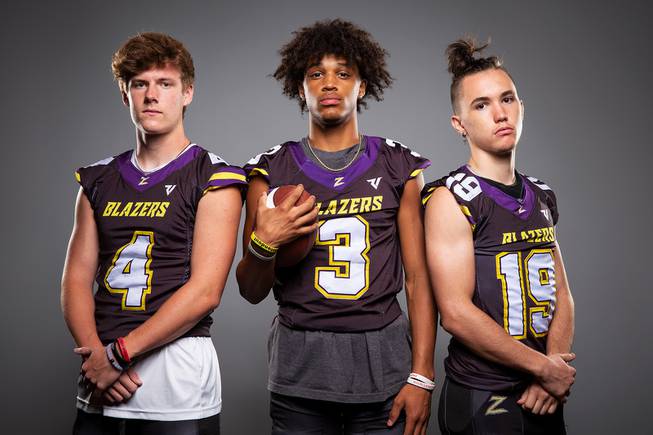 Members of the Durango High School football team are pictured during the Las Vegas Sun’s high school football media day at the Red Rock Resort on August 3rd, 2021. They include, from left, Braden Iverson, Jaxon Young and Tyler Robbins.

“Our kids fought and won as a team,” Durango coach Toby Henry said. “Before we had to lean on a certain guy, but tonight it was a total team effort.”

Jaxon Young had a first-half touchdown for Durango.