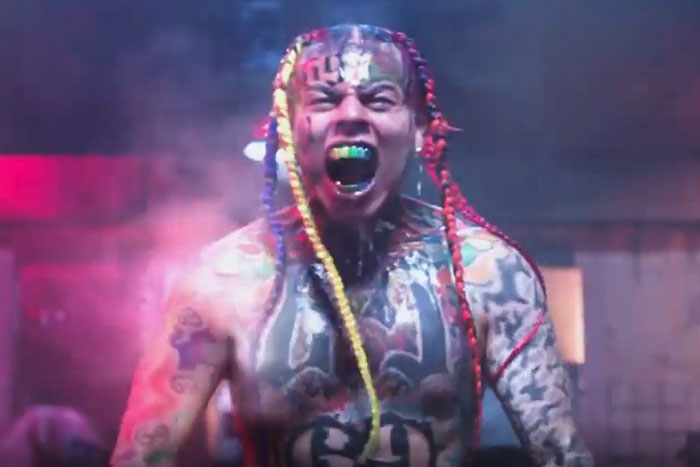 6ix9ine Announces His Return: ‘The Demon Is Back’

Ready or not, 6ix9ine is coming back.

The controversial rapper has been laying low, but he’s finally ready to make his return. Taking to Instagram on Friday, the self-proclaimed “King of New York” announced that he is dropping new music on Friday, April 15.

“I hope everybody enjoyed there 15 minutes. THE DEMON IS BACK APRIL 15TH,” he told his 21.5 million followers. “I’m THE BEAST they couldn’t contain. The industry most hated animal. APRIL 15th the KING OF NEW YORK IS COMING BACK. I’m going back home.”

He also shared a terrifying trailer. In the minute-long clip, a woman acting as his mother is seen comforting him in a pool of blood before the tattooed “Demon” emerges from the water. “April 15th, the beast awakens,” reads a message at the end.

This marks the first music from Tekashi since his 2020 album TattleTales, which spawned the No. 1 hit “Trollz” with Nicki Minaj.

“When I left and took a break I didn’t say a word to no one,” he said while addressing his hiatus. “I didn’t need to explain nothing. I JUST DID IT. I woke up and now I want to take over again. Now get out of my way. The King of New York is back.”