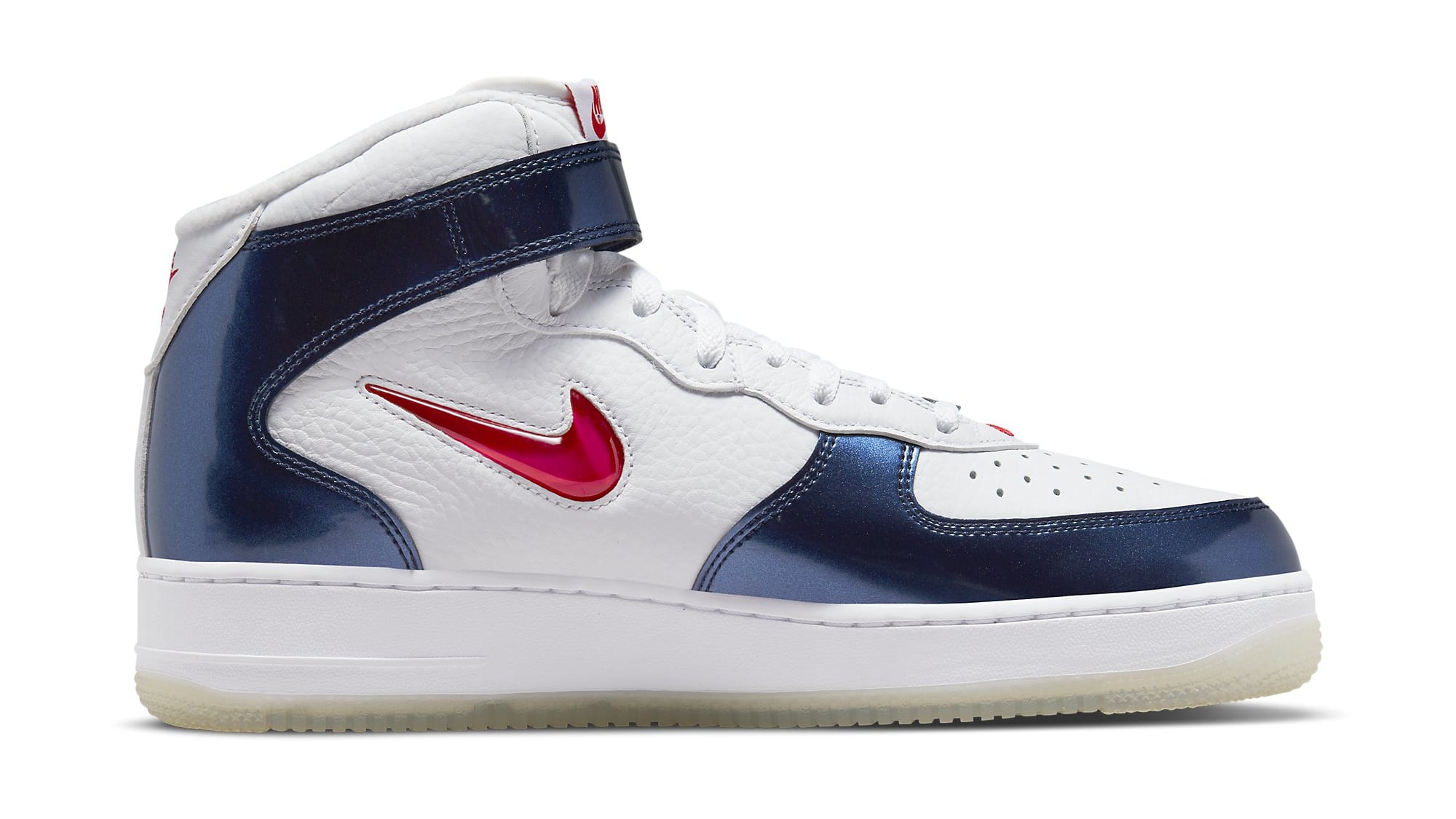 The Nike Air Force 1 Mid is a love it or hate it sneaker for many. One version of the maligned model that those on both sides of the fence can get behind is the “Independence Day” version of the shoe that first released in 1997.

This sneaker is returning for the first time now, 25 years after its original production.

The Fourth of July-inspired shoe looks just as you’d expect it: It’s red, white, and blue, with a see-through outsole and a red Jewel Swoosh.

Jewel Air Force 1s encapsulate the late-’90s era of the sneaker. The model became popular thanks to co-signs by Jay-Z and Puff Daddy.

The “Independence Day” Mid received a praise from Air Force 1 collector Paul “PG Knows’ Givelekian and was featured in Complex’s Top 10 Air Force 1s of all time. Expect the sneaker to re-release on April 28 via Nike’s SNKRS app and retailers.