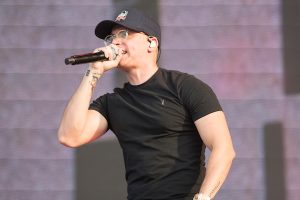 Logic to Def Jam: “Why You F**king Up My Releases?

Logic just dropped off a new single but he doesn’t seem pleased with how Def Jam is operating. The rapper called out the label but says the label’s CEO Tunji Balogun is not at fault in a video on social media.

“Def Jam, why you fucking up my releases, man?” Logic opened. “First of all, I love you Tunji. Tunji’s my guy, he ain’t got nothing to do with this. What the fuck is going on? I told Def Jam that I wanted to release my shit as a two-pack and I just found out that they’re releasing it as two singles at the same time. What kind of shit is that?”

Logic pulled back the curtain and revealed that his music videos were delayed in an effort to not upset partners. Logic would fire back at that as well. “I don’t give a fuck about none of that shit. I care about my fans, man. I care about hip-hop. I are about music.”

You can hear it from him below.

The post Logic to Def Jam: “Why You F**king Up My Releases? appeared first on The Source.