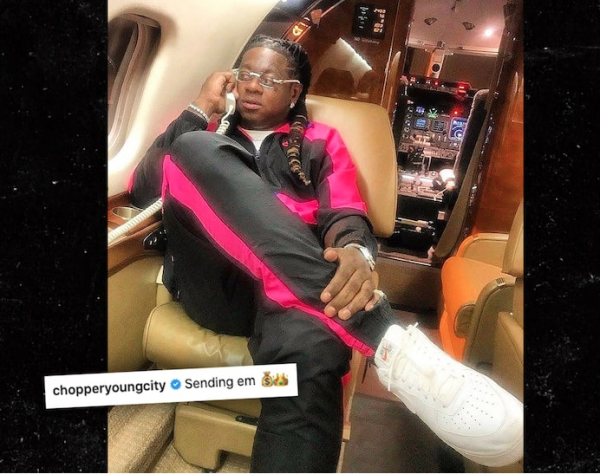 According to a report from TMZ, Making The Band’s Chopper was arrested for sex trafficking earlier this month with authorities claiming that the former reality star was a pimp.

Chopper, whose real name is Kevin Barnes, was arrested in Maryland and will be extradited to Las Vegas for the sex trafficking charges.

Authorities claim that an undercover officer operating as a sex worker in Nevada was DMed by the former MTV star, who offered her a way to make money through prostitution. Authorities combed Chopper aka Young City’s IG, where they found several posts related to pimping including an image of him sitting on a plane with the caption, “Sending em.”

AN investigation was then launched after authorities saw evidence of a potential sex trafficking operation on his social media.

The undercover says they had an “interview” with Chopper and after passing the test, Chopper told them he would make them part of his “team” and “stable.” The officer claims that Chopper began being aggressive with them and began ordering them to pack their belongings and meet him in Charlotte, N.C. to become a part of his “stable”.

With the social media posts, DMs and phone calls, authorities had enough evidence to arrest Chopper and charge him with felony sex trafficking.

No word has been given as to what Chopper faces in his current situation, but TheSourc.com will update this story as details develop.

Logic to Def Jam: “Why You F**king Up My Releases?