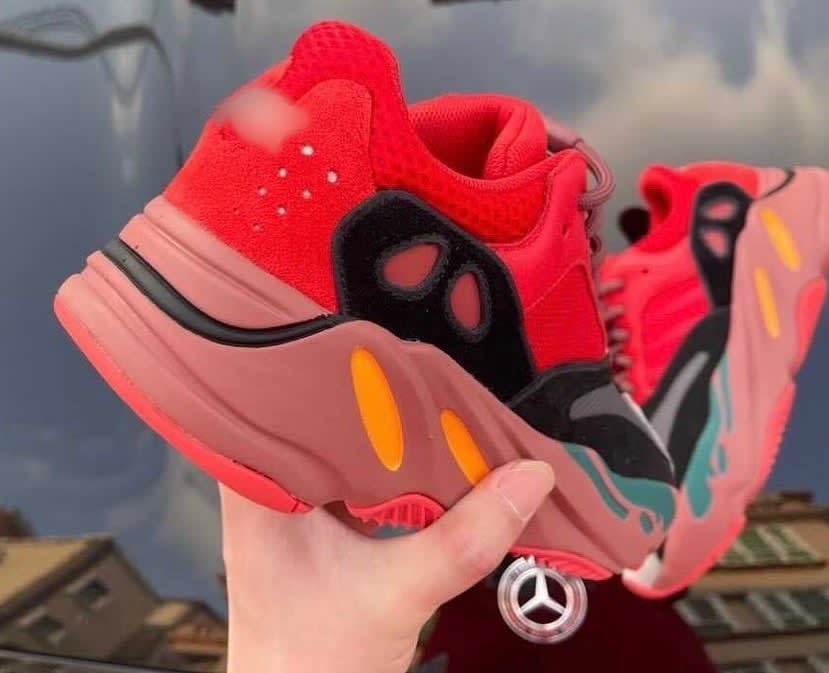 After the success of Nike’s “Red October” Air Yeezy 2 in 2014, it would have been easy for Kanye West to have similar success with red-based sneakers when his partnership with Adidas began. However, for the first several years of Adidas Yeezy, red was somewhat avoided, as Kanye mostly opted for neutral tones—the exception being swipes of color on models like the Yeezy Boost 350 V2. That’s changed as of late, with red-dominant drops such as the “Vermillion” Yeeezy Foam Runner and “Slate Red” Adidas Yeezy Boost 350 V2 CMPCT, as well as the forthcoming Yeezy Boost 700 in “Hi-Res Red.”

As the hue’s name suggests, this version of the runner is primarily dressed in a vibrant red, with some of the same black, grey, green, maroon, and orange accents hits we’ve seen on previous colorways. A more muted red fills the midsole, while the brighter shade picks back up at the outsole.