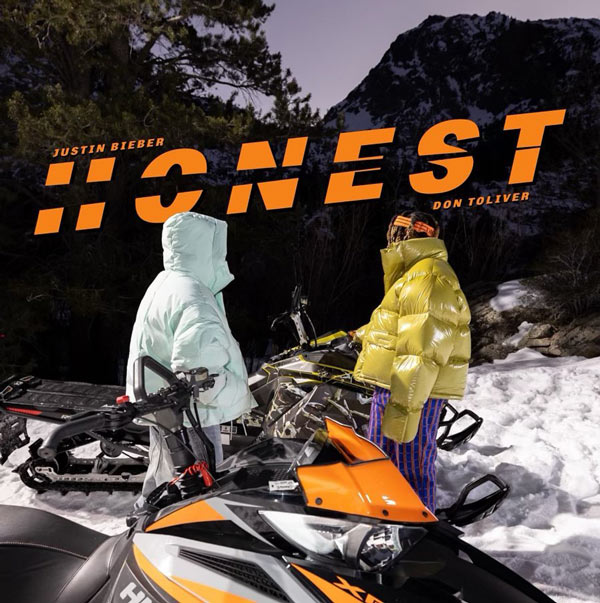 Justin Bieber and Don Toliver Team Up on ‘Honest’

The song arrives alongside an action-packed video, directed by Cole Bennett, which finds the duo racing through the woods on snowmobiles while shooting at an opponent.

This marks their second collaboration. They previously worked together on Skrillex’s single “Don’t Go” last year.

“He’s got such a unique, I mean, the best way to say it is his swag,” Bieber told Apple Music of his collaborator. “He just has this like little bop about him and he’s very unique, he’s very Houston.”

Earlier in the week, Bieber teased the collaboration with his freestyle rap “I Feel Funny.”

Bieber is currently on his “Justice World Tour,” while Don can be heard on Pusha T’s new album It’s Almost Dry.