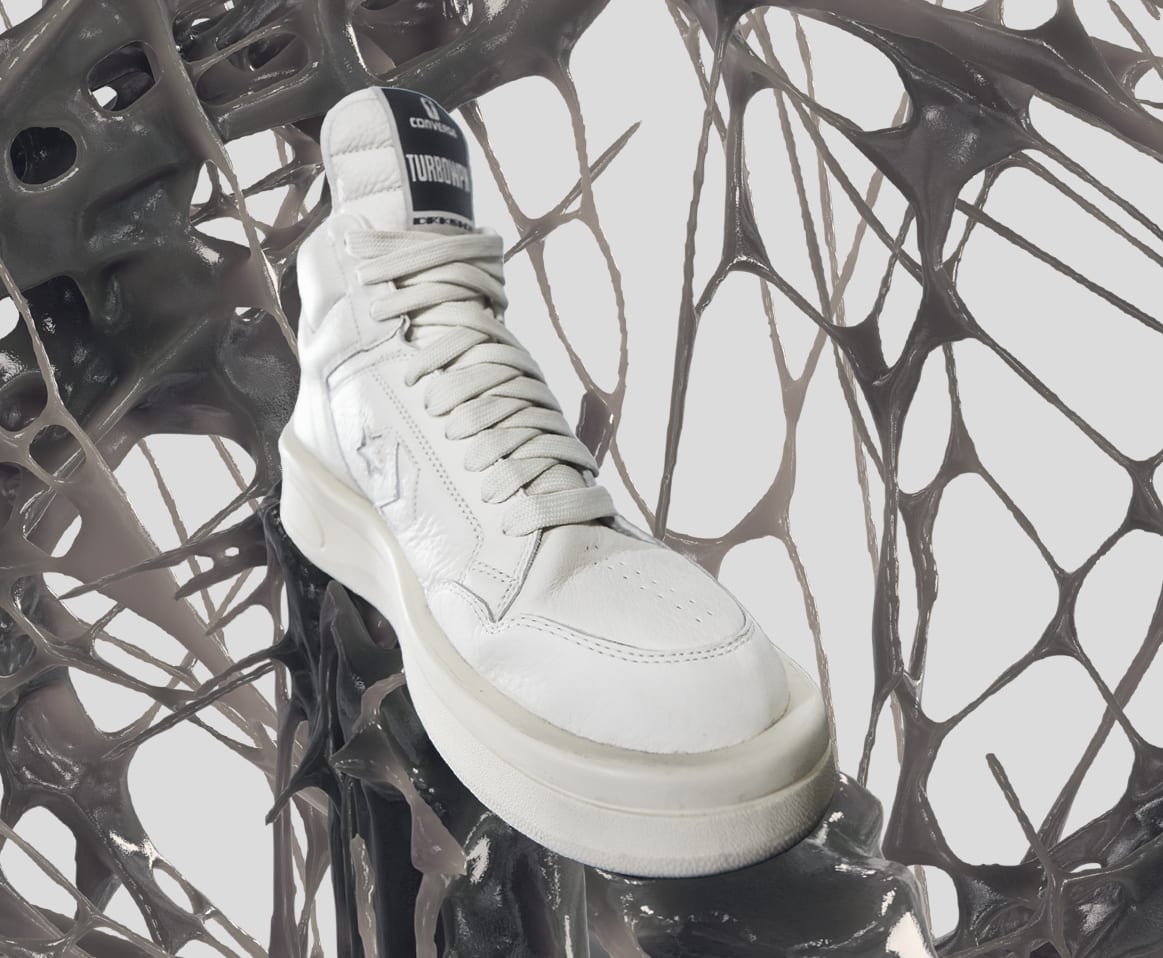 After introducing the DRKSHDW TURBOWPN in August, Rick Owens and Converse have teamed up once again to deliver more colorways of their radical silhouette.

Today, the brands confirmed that the Rick Owens x Converse DRKSHDW TURBOWPN, Owen’s interpretation of the classic Converse Weapon basketball shoe, will be dropping in two new “Clay” and “Egret” renditions in May. The model will be presented in two tonal makeups, with the “Egret” makeup sporting a cream-based color scheme while the “Clay” pair dons a dark brown hue. The respective colors also appear on the shoe’s exaggerated chunky midsole.

In addition to the sneakers, the collection includes a six-panel nylon baseball cap in clay as well as a drawstring bag with co-branding featured throughout.

Readers will be able to grab the two new Rick Owens x Converse DRKSHDW TURBOWPN and the accompanying accessories starting on May 3 at Converse.com, Nike SNKRS, and select retailers for $200 each.

Backdooring, Sneakers Getting Stolen, and the Nike Jordan Movie | The Compl