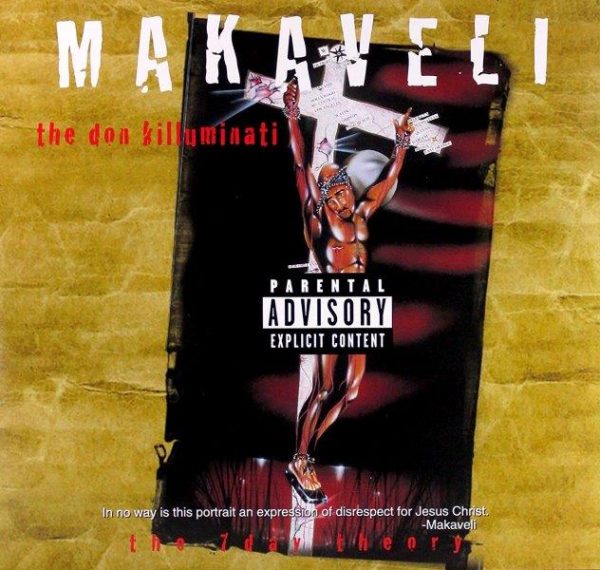 The original album cover art painting from Tupac Shakur’s The Don Killuminati: The 7 Day Theory, recorded under the pseudonym Makaveli, will be auctioned by Riskie Forever in collaboration with Zelus, a company that aims to revolutionize the way people interact with art and finance, and Heritage Auctions.

Working with Heritage, Zelus will auction the original record cover painting from now until June 18 together with a one-of-a-kind NFT that includes a never-before-heard tale from Riskie about the piece’s beginnings. On a 29″ × 47″ canvas seen via a 35″ x 53″ frame, the original painting was produced using airbrush and mixed media. The NFT will deliver a one-of-a-kind collectible experience related to a piece of hip-hop history to the buyer.

On his podcast “Hotboxin’ w/ Mike Tyson,” longtime friend of Tupac Shakur and boxing legend Mike Tyson will discuss the original painting while showcasing the artwork. He’ll talk about his memories of Tupac, as well as the significance of the album cover in music history. On May 19, the show will appear on YouTube with special guests Matt Barnes and Stephen Jackson.

“This episode was cool to shoot,” said Tyson. “Having the opportunity to honor Pac and have this painting here with us was awesome. It’s by far the most iconic hip hop album artwork of all time.”

On May 19, Heritage Auctions, located at 445 Park Avenue, will host the “HeritageNow” event. The auction will feature items like Frank Miller’s original cover art for The Dark Knight Returns Book One, which has never been auctioned before; Enola Gay Captain Robert Lewis’ contemporaneous first-hand account of the dropping of the atomic bomb on Hiroshima on Aug. 6, 1945; a manuscript in Mozart’s hand from The Marriage of Figaro; and other iconic, major moments in American and world history. As part of the exhibition, Heritage has included the Riskie Forever cover art painting.

“The Don Killuminati is, of course, now regarded as one of the greatest hip-hop albums of all time, and its cover art by Riskie is no less a masterwork – a true collaboration between two geniuses that resulted in one of music and popular culture’s most indelible images,” said Heritage Auctions’ Executive Vice President, Joe Maddalena. “It’s one of the few album covers ever created that merited critical discussion – there are so many theories behind its meaning – and it’s an honor and thrill to offer this not just as a piece of music history, but as a true work of American art.”

Riskie sold the original physical artwork he made in 1996 for The Don Killuminati: The 7 Day Theory’s album cover to a long-time fan in 2015. However, in 2021, to commemorate the 25th anniversary of the posthumous album’s publication, Zelus assisted Riskie Forever in reclaiming the artwork. Tupac was introduced to Riskie by Suge Knight, and after seeing Riskie’s portfolio, Tupac insisted that his label pay him to create a picture depicting Tupac crucified on a cross, just like Jesus, complete with a crown of thorns. Tupac was seen the artwork just days before his sad demise.

“I remember giving Pac the painting officially, I knew then this was something special,” said Riskie Forever. “Now to be able to celebrate that legacy while creating something truly new and unique – that’s something I’m incredibly proud to be a part of.”

Lil Wayne Blasts Mark Cuban: ‘I Will Piss in Ya Mouth’