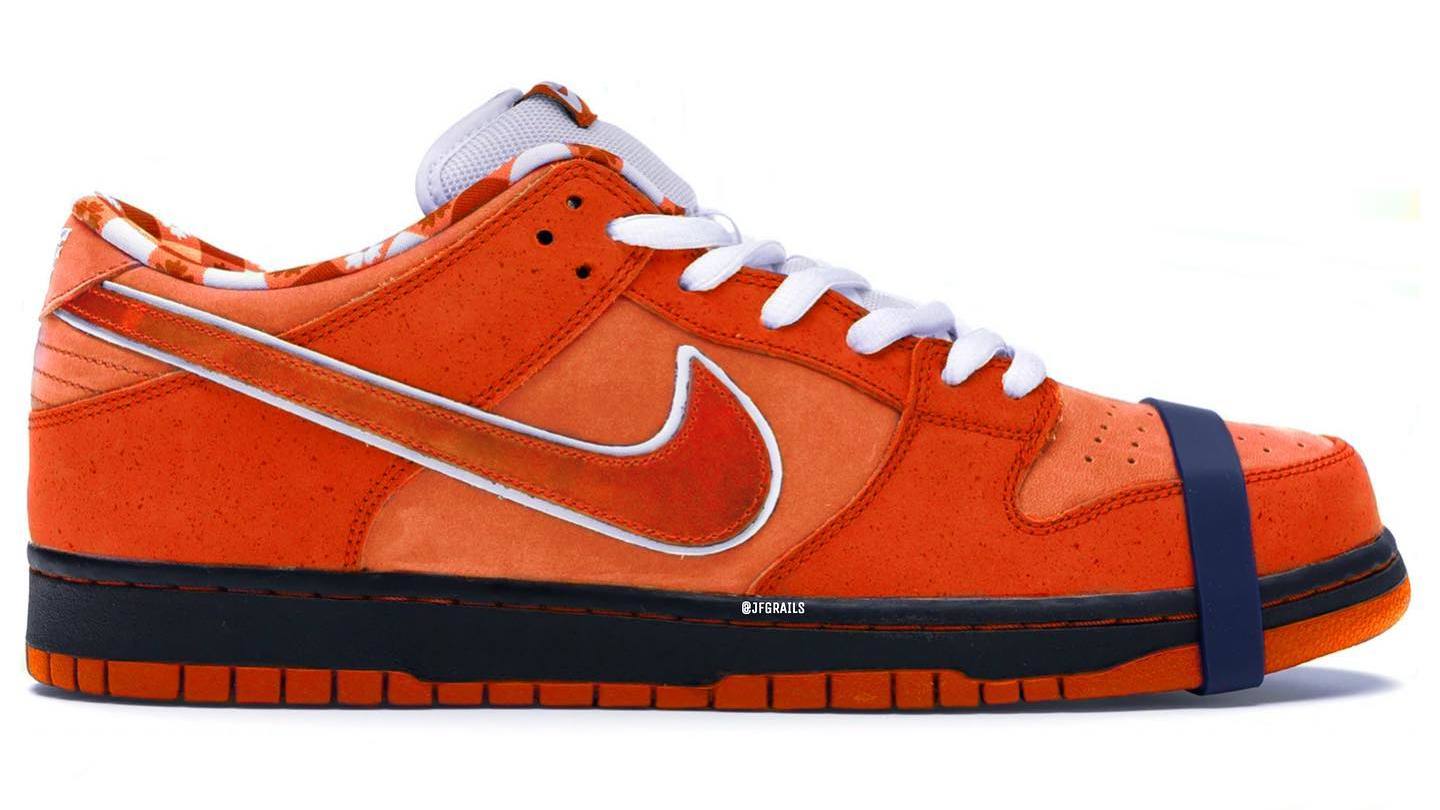 If the reports are true, Concepts is expanding on its ever-popular “Lobster” theme with a new Nike SB Dunk colorway coming soon.

Per @JFGrails on Instagram, a new “Orange Lobster” Concepts x Nike SB Dunk Low collab is reportedly dropping this holiday season. Given its far-out release date, images of the shoe have yet to surface but a mock-up depiction from the account shows that the upper will don an orange color scheme that’s inspired by the body of the crustacean. The lobster concept continues with a bib-inspired sock liner and a rubber band attached to the forefoot mimicking lobster claws.

Concepts’ Nike SB Dunk “Lobster” series began in 2008 when the duo delivered the original red-based colorway of the project. The duo followed it up a year later with the “Blue Lobster” release as well as creating the rare friends-and-family exclusive “Yellow Lobster” colorway. The brands celebrated the 10-year anniversary of the project in 2018 by combining the red and blue pairs as well as the blue and yellow makeups to create the “Purple Lobster” and “Green Lobster” colorways.

At the time of writing, Concepts and Nike have not yet confirmed that an “Orange Lobster” SB Dunk Low is releasing but check back soon to Sole Collector for updates.