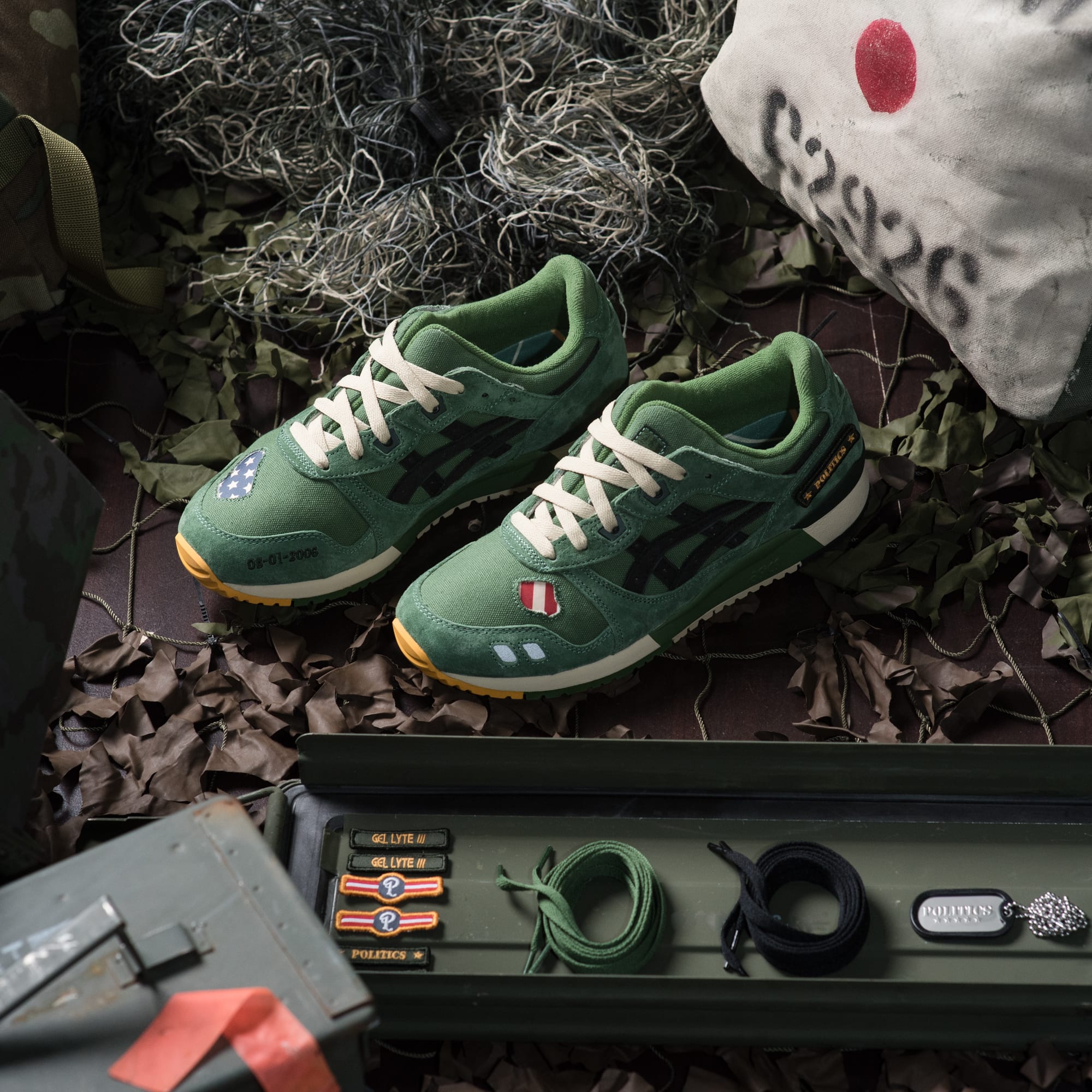 With Memorial Day right around the corner, Sneaker Politics has unveiled its new Asics collab that honors the US Army and those that have served in the armed forces.

The collab is centered around this new green iteration of the Gel-Lyte 3 shown here, which also serves as a callback to when Sneaker Politics founder Derek Curry joined the US Army in 1999 and his deployment to Iraq in 2003. The moniker of this sneaker project also stems from his unit’s motto “Toujours Prêt,” which translates to “Always Ready.”

The “Always Ready” Sneaker Politics x Asics Gel-Lyte 3 features the boutique’s “P” logo on the heel of the shoe alongside the date of when the store first opened. The shoe also comes with three interchangeable patches that are inspired by service uniforms and the footbeds feature the words “thank you” dedicated to all service members.

“From the very first day of training, it’s seared into your brain that if it doesn’t fit in the bag, you don’t bring it,” Curry said. “The Army played a major role in my life and I am thrilled to finally be bringing these two worlds together. Without it, there wouldn’t be a Sneaker Politics.”

The “Always Ready” Sneaker Politics x Asics Gel-Lyte 3 will be released exclusively at Sneaker Politics stores on May 28 and online at Sneakerpolitics.com on May 30 for $150. Veterans and active-duty military members will have early access to purchase the sneaker on May 27 when they present a valid ID in-store. A wider release of the collab will arrive at select Asics stockists on June 11. Sneaker Politics is also donating a portion of the profits to the Wounded Warrior Project and the Lone Survivor Foundation, which are two non-profit organizations that assist veterans and active-duty service members.