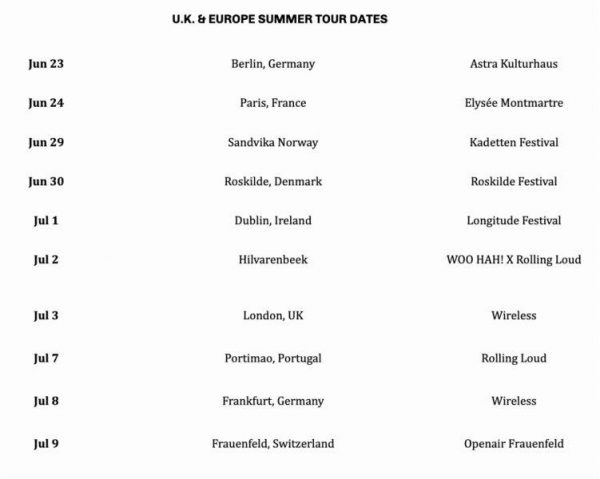 Baby Keem has announced a two-city European tour for next month, with stops in Berlin and Paris.

The news follows his incredible, sold-out 28-city The Melodic Blue spring tour, which has been dubbed a “spectacle” by critics. Keem’s critically acclaimed album ‘The Melodic Blue,’ which debuted at #5 on the Billboard 200 list in 2021, earned him his first Grammy Award win for “Best Rap Performance” at the 2022 event.

The two shows precede Keem’s European festival tour, which will see him perform at four festivals across the UK and Europe, including GoPuff’s Wireless Festival in July.

You can see the full run of upcoming dates below.