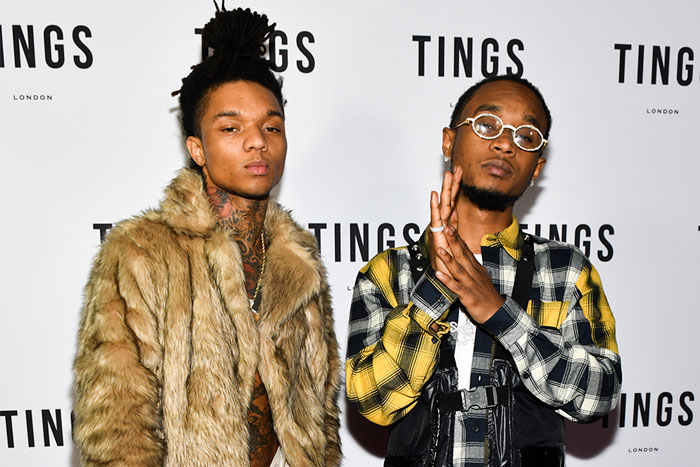 It’s about that time.

After much anticipation, Rae Sremmurd has announced that Sremm4Life is officially on the way. Taking to Twitter, Rae Sremmurd’s Twitter account shared an image of a “4” on fire. Slim Jxmmi and Swae Lee both posted similar artwork of a number 4 piñata engulfed in flames and changed their profile pics to promote the album.

Mike WiLL Made-It appears to be handling production once again. “@RaeSremmurd GOT 🔥 OTW #SREMMLIFE4,” he captioned his Instagram pic.

Sremm4Life is the fourth installment in the duo’s SremmLife series, which began in 2015. It was followed by 2016’s SremmLife 2, which spawned the chart-topping hit “Black Beatles,” and 2018’s triple album SR3MM, which included Swae Lee’s solo debut Swaecation and Jxmmi’s solo album Jxmtro.

In 2019, the status of SremmLife 4 was unclear after Slim Jxmmi sparked breakup rumors with his cryptic tweets. However, the duo later put the rumors to rest, tweeting, “Brothers gonna be brothers, it’s SREMMLIFE forever.”

Rae Sremmurd has yet to reveal a release date for Sremm4Life, but a drop is expected soon.