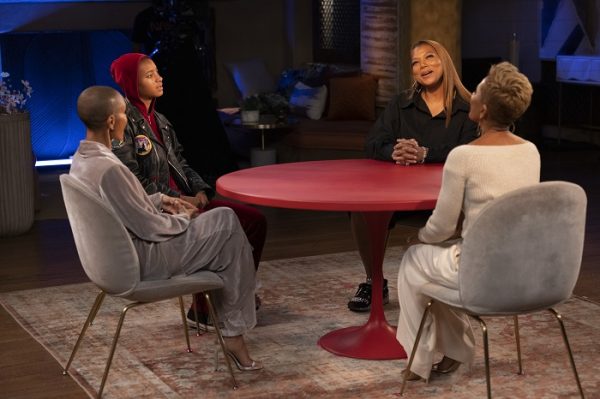 In the latest episode of “Red Table Talk,” now available on Facebook Watch, Queen Latifah joins the table to explain her personal battle and crucial purpose to change the shame and stigma around weight.

In the episode, Queen Latifah reveals a side of herself that has never been seen before, and she imparts unique insight to a select number of fans, including popular content creator and curve model Remi Bader.

“I’m involved with a campaign called ‘It’s Bigger Than Me’,” Latifah said. “It’s about the shame attached to weight, the stigma attached to it, what people talk about, how they talk about you, the little words people drop.I think if people understood it more, then it could change the conversation.”

In the conversation with Jada Pinkett Smith, Willow Smith, and Gammy, Latifah highlights the scrutiny that she has faced her entire career, dating back to the studio executives attempting to pressure the Living Single cast into losing weight.

“That was one of the major ones. And it happened a couple times. We helped create ‘Living Single.’ So when you look at that picture, you see four different women, four different shades, four different types, and we look like four women who would live in Brooklyn.”

You can watch the entire episode here.

Mary J. Blige Dazzles on The Red Carpet For Time’s 100 Gala in NYC