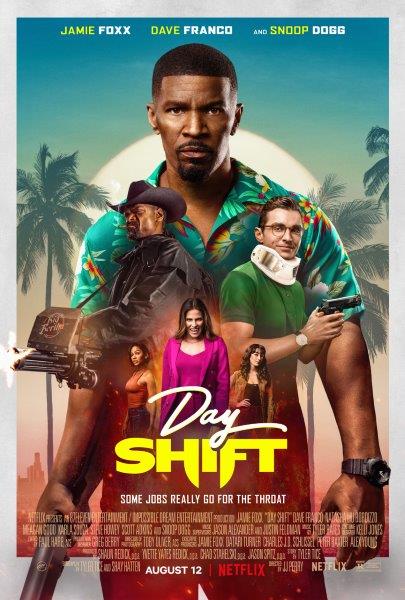 Jamie Foxx and Snoop Dogg are ready to hunt vampires. Netflix has announced the new movie, Day Shift, which will arrive on the streaming service on Friday, August 12.

In the new movie, Jamie Foxx stars as a hard-working blue-collar dad who just wants to provide a good life for his quick-witted daughter, but his mundane San Fernando Valley pool cleaning job is a front for his real source of income, hunting and killing vampires as part of an international Union of vampire hunters.

You can see the trailer for the film below.