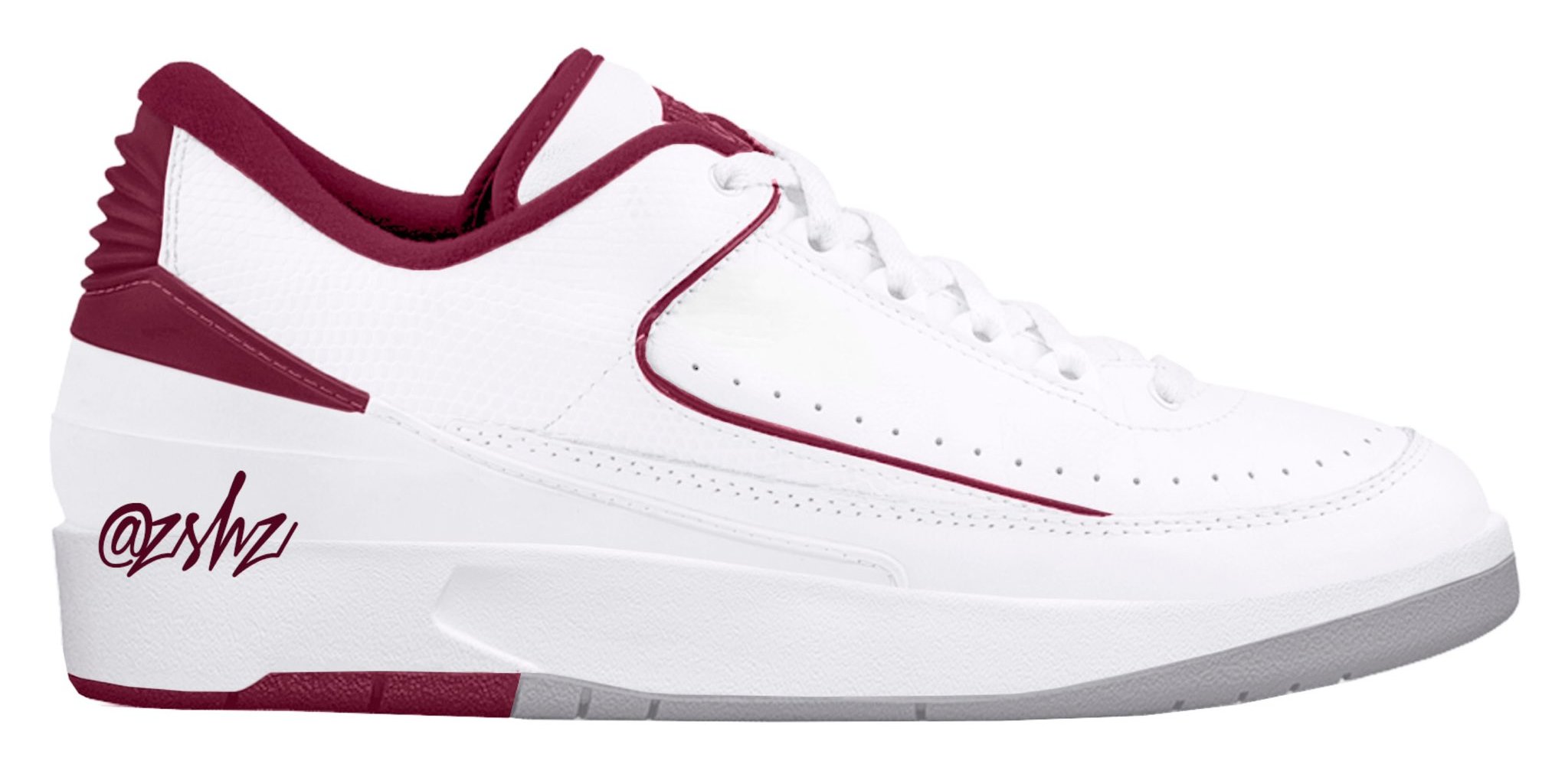 In addition to the numerous Air Jordan 2 collabs that are hitting stores this year, it appears that a new general release colorway of the shoe is reportedly joining the lineup.

According to @zSneakerheadz on Twitter, the “Cherrywood” Air Jordan 2 Low will hit stores on Dec. 3. There are no leaked images of the purported style at the time of writing and it’s likely they won’t surface for another few weeks, but the aforementioned leaker account provided a mock-up photo of what’s expected to release before year’s end.

Per @zSneakerheadz, the style will mirror the OG “Varsity Red” Jordan 2 Low colorway, but replace the bright red accents with maroon on the midfoot, the sock liner, and heel tab. Completing the look is a white midsole and a two-tone outsole.

As of now, release details for this “Cherrywood” Air Jordan 2 Low have not yet been announced by Jordan Brand but we’ll keep you updated with new developments in the coming weeks.