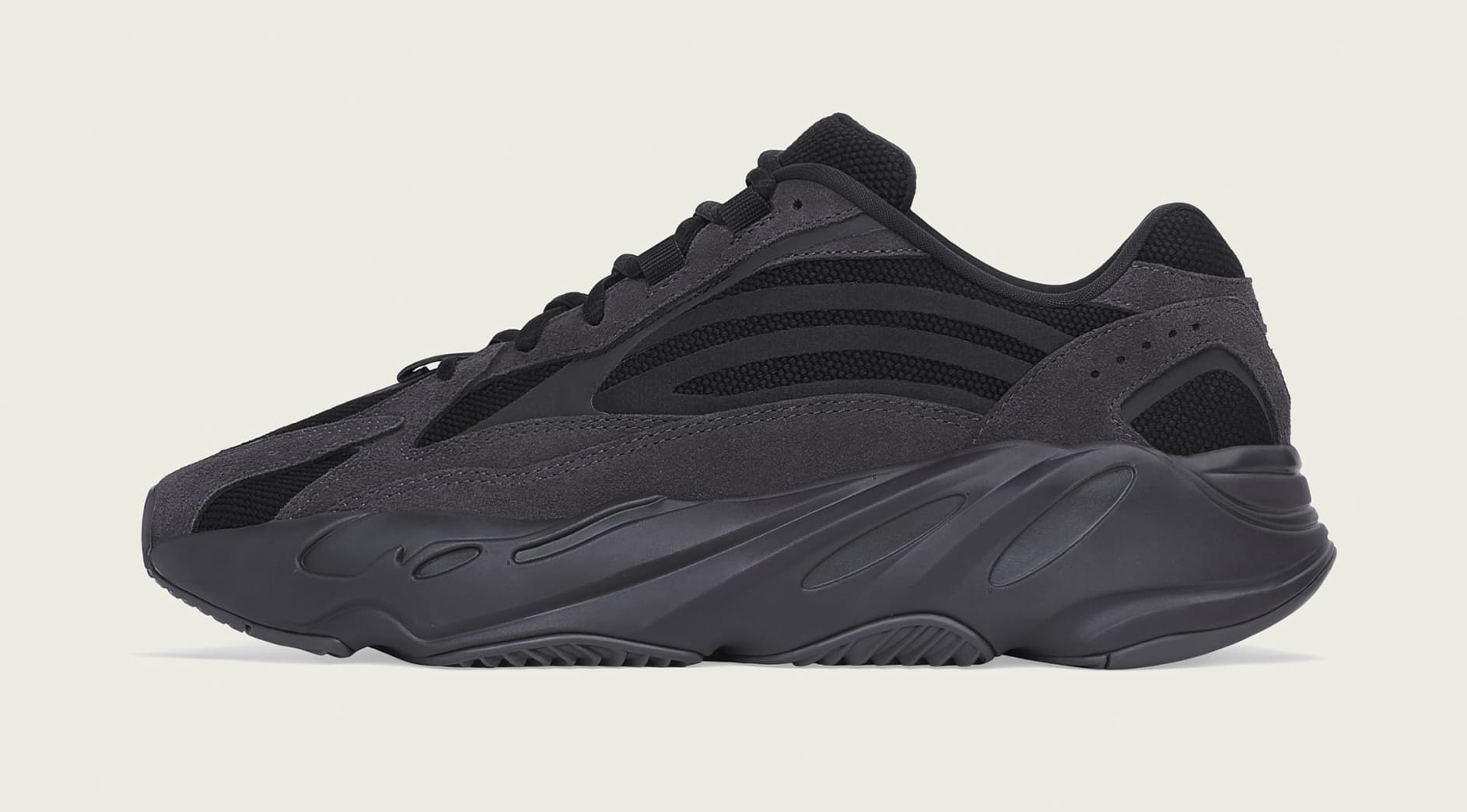 The simplistic “Vanta” colorway covers the bulky low-top in black mesh with dark grey suede overlays. While no official images of the upcoming release have surfaced, expect for the monochromatic scheme to feature usual accents, like reflective 3-Stripes swooping across each panel. The upper sits atop a chunky black midsole, with light grey pods placed at the lateral heel. Boost cushioning provides extra comfort.

Stay tuned for the announcement of an official release date for the “Vanta” Yeezy Boost 700 V2. Expect it to retail at the silhouette’s usual going rate of $300.

UPDATE (05/24/19): Adidas has officially announced that the “Vanta” Yeezy Boost 700 V2 will be arriving at adidas.com, Yeezy Supply, and other select retailers on June 6 in sizes for the whole family. The pair will also be available for presale at certain stockists on May 31 ahead of its global launch. Check out official images below. Prices range from $140 (infants) to $300 (adults).

UPDATE (08/17/22): Adidas has officially confirmed that the “Vanta” Yeezy Boost 700 V2 is restocking this Friday, Aug. 19, at Adidas.com/Yeezy, Yeezy Supply and at select Adidas Yeezy stockists for $260. Grab a closer look at the stealthy makeup below.