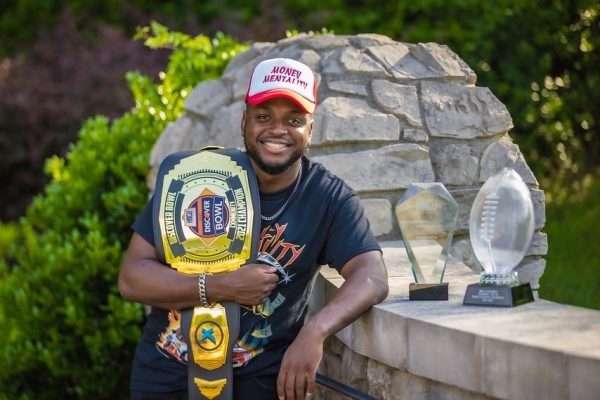 Cxmmunity, a Black-owned organization that is working to increase the presence of minorities in gaming, has launched the third season of its HBCU Esports League.

Included in the new season is a head-to-head battle in NBA 2K with the opportunity to advance to the finals and win a cash prize of $20,000.

Despite the fact that 83% of Black teenagers play video games, Black professionals make up only 2% of the sector. One of the few Black-owned sports leagues, the HBCU Esports League provides Black gamers with a special and rich path for a surge of opportunity, equity, visibility, and resources to monetize in this market.

Speaking with The SOURCE ahead of the launch of the third season, Ryan Johnson, Founder and CEO of Cxmmunity Media, detailed what to expect in the third season of the Esports League.

What are you most excited about most with this forthcoming Esports League?

The SOURCE: With each new season, we’re always excited to reach more students at Historically Black Colleges and Universities and create a safe space for them to competitively engage in gaming, and simply have fun.  Since 2020 we’ve amassed over 130 student participants from 35 HBCUS and have captured more than 29 million live viewers on Twitch.  Our hope is that even more students will join in on the fun this season.

What games are being played in this season?

This year we’re excited to invite promising student teams from 16 HBCUS to go head-to-head in a series of NBA 2K as well as Call of Duty.

You have a run of sponsors in Discover, Verizon, and Hot Pockets. How important is it to find the proper partner for the mission and what do they hope for in return?

As an organization on the front lines of future-proofing diversity and equity in gaming, it’s incredibly important for us to work with brands that have a genuine shared mission and prioritize driving tangible impact.  Verizon was one of the first brand partners to believe in our vision and provide $1 million dollars in funding for us to build gaming labs at HBCUs across the country.  Discover has also been an avid supporter of the league and we’re excited to welcome Nestle Hot Pockets as a new partner this season.   Our partners have made it possible for us to create a historic opportunity for a community of Black gamers to monetize in gaming through the HBCU Esports League and our collective goal is to future-proof diversity in the gaming industry by exposing these students to the career opportunities that exist within it.  That is the outcome we all hope for through our partnership.

One additional partnership we’re excited to announce is with MTN DEW on the MTN DEW Real Change Challenge.  We’re collaborating to produce an HBCU esports tournament where student teams will go head-to-head in a series of Call of Duty games and award the largest prize pool in collegiate esports history at the tune of $500,000.

What is different about this season in comparison to past years?

For season three of the HBCU Esports League, we’re introducing the “Discover Bowl” finals where the top two HBCU teams will go head-to-head in a game of NBA2k for an opportunity to win a cash prize of $20,000.

We started the League at the height of the COVID-19 pandemic. That said, this is the first year that students are back on campus and with things clearing up, we’re excited to offer students the opportunity to compete live and in-person.

What doors does this league open for HBCU students?

The HBCU Esports League has created a community for Black gamers to safely engage and monetize in gaming as well as learn about the various careers that exist within the industry from professional gaming to video game development. Our efforts through the HBCU Esports League and Cxmmunity Media, more broadly, are focused on providing students of color with the resources, educational opportunities, and exposure to build their skills and pursue careers in gaming.  We see these initiatives as vital pathways to fueling the talent pipeline and future-proofing diversity in the industry, and we are honored for the opportunity to lead the charge through the work we do day in and day out.

We’ve been able to get students hired as interns with some of the top video game developers (2K, Riot Games). Last season we had a student [Eric Minor] compete on a national level in Madden, and for the first time ever, an HBCU Student ranked nationally (16 out of 200 students). This year, he signed his first professional Madden contract with the Philadelphia Knights.

The previous season brought in some attention from celebrities. How do you retain that attention and support from new audiences?

Collaborating with the likes of Offset, T-Pain, Brett Gray and more on the HBCU Esports League and other Cxmmunity initiatives has been a crucial component in driving awareness of our mission to champion diversity in gaming.  83% of Black teens identify as gamers, however Black professionals are vastly underrepresented comprising only 4% of video game developers.  Representation matters in the journey to closing this gap, so we’re continuing to explore opportunities to collaborate with celebrities who are avid gamers and brands who are equally invested in our mission, strengthen our relationships with Historically Black Colleges and Universities to bring more Black gamers into our ecosystem and remain consistent in hosting esports tournaments.  As I like to say, “the plan is working” so our goal is to remain steadfast in the pursuit of our goal.

How influential has this league been in shifting the attention to professional gaming for Black people?

The HBCU Esports League is exposing Black gamers to the opportunity to monetize in the industry on both an amateur and professional level.  Professional gaming is a real career path so it’s important that Black gamers have a safe space to compete and sharpen their skills.  One of our past HBCU Esports League participants and graduate of Claflin University, Eric Minor, was recently selected as the second draft pick for Madden 2K’s professional esports league.  He also used his earnings from our tournament towards paying for college.  This is a true testament to the exposure and access to gaming provided by Cxmmunity and we are proud to continue this important work.

Converse Announces the Addition of Baby Keem to Its Creative Community