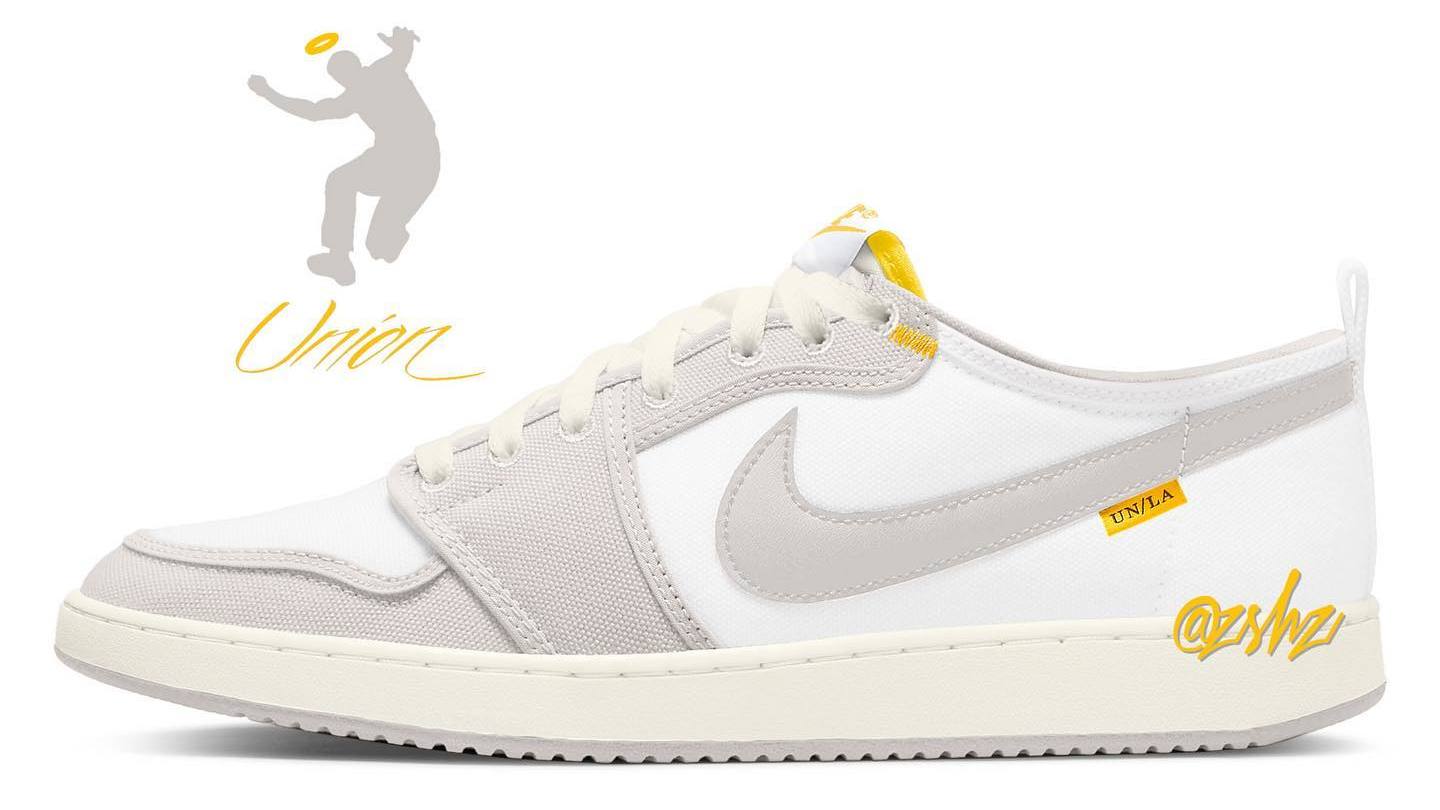 It appears that frequent Jordan Brand collaborator Union LA has another sneaker project on the way with Michael Jordan’s namesake brand.

According to trusted leaker @zSneakerheadz on Instagram, that collab is the Union LA x Air Jordan 1 KO Low and the shoe could hit retail as early as this year’s holiday season. The Air Jordan 1 KO model has seen a recent resurgence due to the high volume of in-line colorways that have dropped in the past year, but the low-top version was omitted from the releases. That changes with this purported collab and as the mockup suggests, the shoe will feature white canvas as its base and is paired with grey overlay panels, with gold Union branding on the Swoosh. Breaking up the look is a sail midsole and a grey outsole.

Per @zSneakerheadz, the purported Union LA x Air Jordan 1 KO Low collab is slated to release sometime between this holiday season to early 2023.