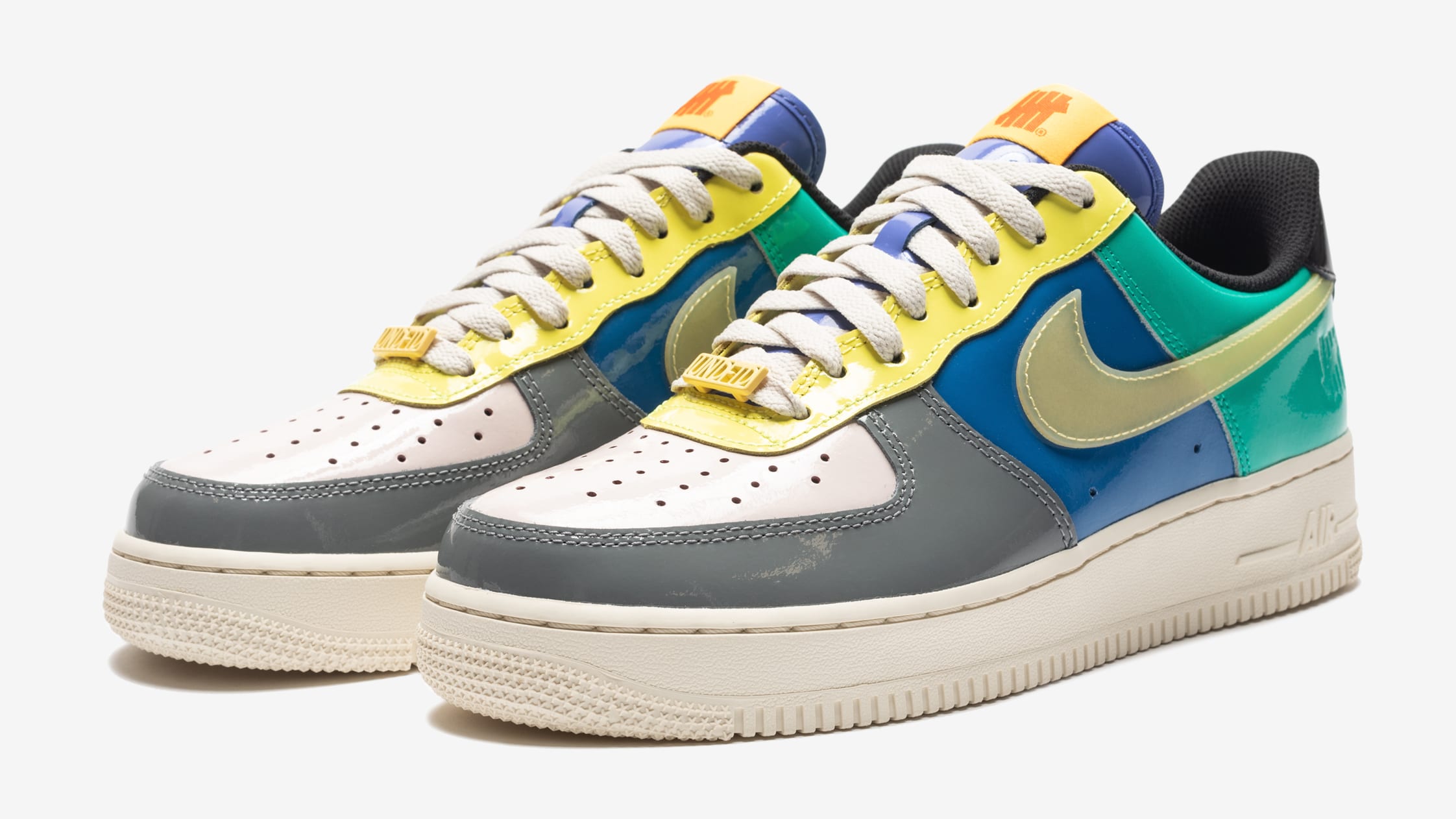 A monumental year of anniversaries in the sneaker industry, retailer Undefeated is celebrating the 20th Anniversary of opening its first location in La Brea. Likewise, longtime partner Nike is in the midst of a year-long campaign observing the 40th Anniversary of its most iconic model, the Air Force 1. The two are coming together for the “Multicolor Patent Pack,” which draws inspiration from the early 2000s for fresh, new executions.

The first drop, a North American exclusive, is dubbed “Community.” Cyan blue, teal green, and pastel pink fill panels on the upper, with no two being alike. Translucent gold Swoosh branding runs along the sides, orange and red woven tongue labels adorn the tongue, a subtle 5-Strike is debossed into the heel, and an easy-to-remove ‘UNDFTD’ dubrae is set on the laces. The style is finished off by an offsetting bone-white sole.

Undefeated and Nike celebrated the launch of the “Community” colorway by teaming up with two LA-based organizations working to help locals in need: Compton Community Garden and Feed the Streets LA. A special invite-only event was held in LA on Saturday.

The “Community” UNDFTD x Air Force 1 Low will release on Nov. 13 for $160 at all Undefeated chapter doors in the United States and undefeated.com, with another launch at select Nike community retail partners on a date to be announced later.