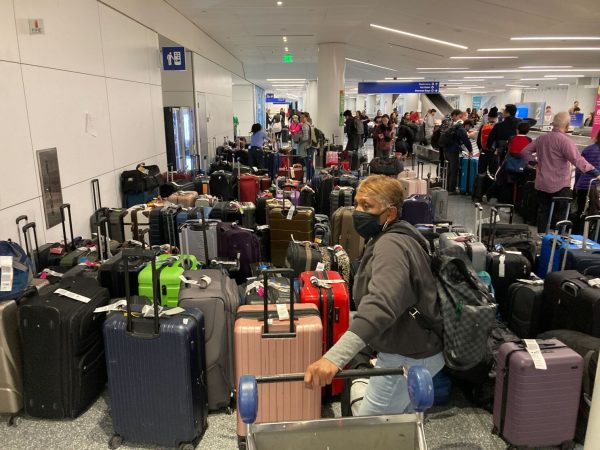 Lawmakers are criticizing Southwest Airlines over a series of flight cancellations in recent days. A bitter cold front swept across the country accompanied by snow and freezing temperatures this holiday season. Although the airline is currently rolling out a reset by moving crews and empty aircrafts around the country to place crews accordingly, lawmakers are pushing for oversight.

Southwest is not alone in this widespread nuisance as several airlines faced vast cancellations. Still, Southwest canceled at least 70% of its flights Monday due to the weather and a reported system meltdown. The airline canceled 62% of its flights Tuesday. In an unfortunate series of events for holiday travelers, 42% of Southwest’s flights were canceled on Christmas Day, and 48% were delayed, according to data from FlightAware.

On Tuesday the chair of the Senate Committee on Commerce Science and Transportation, Sen. Maria Cantwell, D-Wash., said her panel will investigate the causes of the Southwest flight cancellations as, “the problems at Southwest Airlines over the last several days go beyond weather. The Committee will be looking into the causes of these disruptions and its impact to consumers. Many airlines fail to adequately communicate with consumers during flight cancellations. Consumers deserve strong protections, including an updated consumer refund rule.”

Aggressive scheduling and underinvestment in operations coupled with shorter flights with tighter turnaround times has sent the airline into a chaotic frenzy. Stranded customers have not been able to get through to Southwest’s customer service lines to rebook flights or find lost baggage.

In a message vouching for frustrated flyers, Sens. Ed Markey, D-Mass., and Richard Blumenthal, D-Conn., members of the Senate Commerce Committee, said, “[T]he company can start by fairly compensating passengers whose flights were canceled, including not only rebooked tickets, ticket refunds, and hotel, meal, and transportation reimbursement, but significant monetary compensation for the disruption to their holiday plans. Southwest is planning to issue a $428 million dividend next year – the company can afford to do right by the consumers it has harmed.” Cancellations are not solely at the fault of bad weather and therefore the public is demanding the airline to take accountability for failure of internal systems.