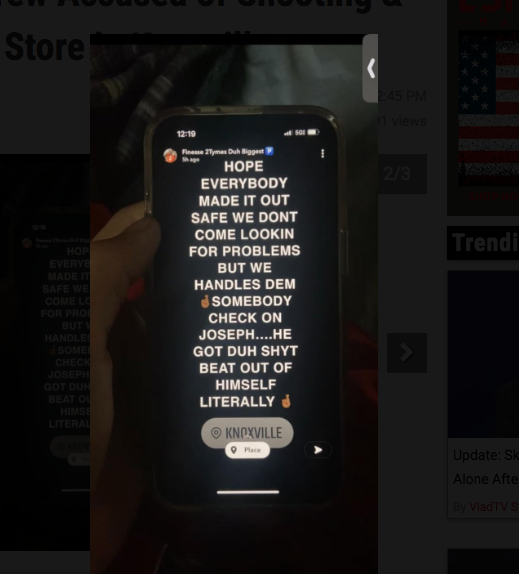 Several reports had already confirmed that a shootout occurred at the Finesse2Tymes show in Knoxville, Tennessee, but now it has been reported that members of Finesse2Tymes’ crew were involved in the shooting at the cannabis store and are even accused of robbing the marijuana establishment.

Alonzo Butler, a promoter associated with the show, alleged that the rapper’s entourage was engaged in the shooting, but Finesse2Tymes himself was not involved.

Finesse2Tymes denies the allegations against him and his crew and claims that the promoters attempted to cheat him out of the balance of the money owed to him for his performance.

Finesse2Tymes posted on SnapChat, “Yall goofy MTFs betta quit lying on my name, aint nobody robbed no damn body…MTF I got paid my front end before I hit duh stage… Everybody chasing MTF clout damn duh year just started.” He went on to say, “Then the owners thought I wasn’t supposed to get my bac end nah MTF we had a contractual [agreement] just because you couldn’t keep them goofy ass n****z in order don’t mean I’m not supposed to get my paper I did what I was supposed 2 do perform!!”

The Source |Twitter Struck With Lawsuit, Sued by Landlord For Missed Rent