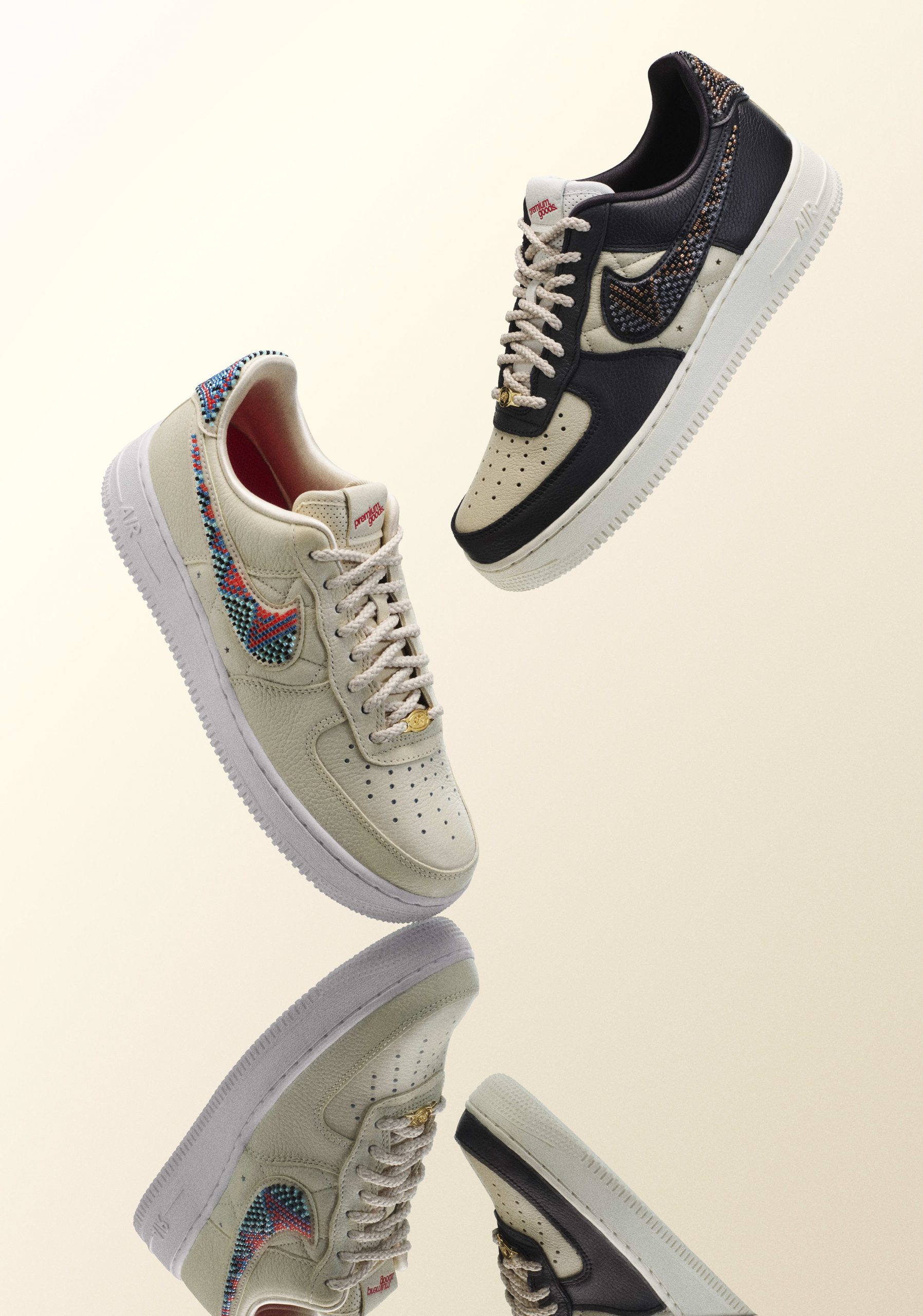 Houston’s Premium Goods has established itself as one of the premier sneaker boutiques in Texas after nearly two decades in business. Taking note of that is Nike, which has tapped the store to deliver a two-shoe Air Force 1 collab dropping this month.

According to Premium Goods, both “The Sophia” and “The Bella” Air Force 1 Low colorways reference the store’s founder, Jennifer Ford and her history of working with jewelry. Both versions of the collab feature beads on the Swoosh branding as well as on the heel, while Premium Goods branding appears on the tongue. “The Bella” wears a tonal sail color scheme, while “The Sophia” dons a two-tone makeup on the upper.

Readers will be able to cop this set of Premium Goods x Nike Air Force 1 styles starting on Jan. 20 at premiumgoods.com and at the Premium Goods store. The shoes will retail for $150 each.