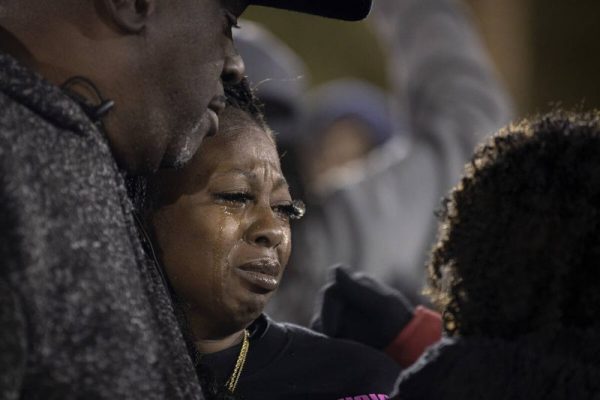 16-year-old Ashari Hughes collapsed and died of a heart attack while playing flag football for Desert Oasis High School in Las Vegas last week. Health officials are dismissing claims vaccine injury is the cause of death.

Hughes collapsed after suffering a cardiac arrest during a home game against Valley High School. Staff performed CPR until paramedics arrived, but they were unable to save her.

“Staff immediately began providing medical aid and continued until paramedics arrived,” Principal Ian Salzman said in an email sent to students’ families. “It is with a heavy heart that I inform you that the student passed away.”

Ashari was a sophomore at Desert Oasis High School. Her parents, Enttroda and Twayne Hughes, were in the stands when she collapsed.

They told FOX5 that Ashari had been experiencing ongoing heart problems and they were consulting with a cardiologist. A doctor cleared Ashari to play in the game. The family said she began experiencing chest pain during the game and she went to the sideline to take a break when she collapsed.

Registered nurse Aphelia Phifer-Hill rushed onto the field to perform CPR on Ashari, who was her daughter’s teammate.

“Today was the first time ever, in my 26 years of nursing that I had to do CPR on a kid,” she posted on Facebook.

Ashari’s parents described her as “passionate” and “fun loving”. “She loved music, dancing, and being around all the people she loved,” they wrote in a statement. “She called football the real love of her life!”

The family created a GoFundMe page to pay for her funeral expenses.

Ashari wasn’t an NFL player, but her death touched the hearts of many
Her death was compared to Buffalo Bills’ safety Damar Hamlin, who suffered a cardiac arrest during a Monday night football game against the Cincinnati Bengals.

Both Ashari and Damar were vaccinated against Covid-19. However, health experts dismissed speculation that Damar’s cardiac arrest was caused by a vaccine injury. According to the office, Hughes died from anomalous origin of the right coronary artery from left coronary sinus of Valsalva.  “The National Library of Medicine describes Hughes’ cause of death as a ‘rare congenital abnormality’ that represents less than 3% of coronary anomalies.” Fox 5 News said the journal says the condition can cause such things as “myocardial ischemia, also known as reduced blood flow, arrhythmias, or sudden cardiac death.”